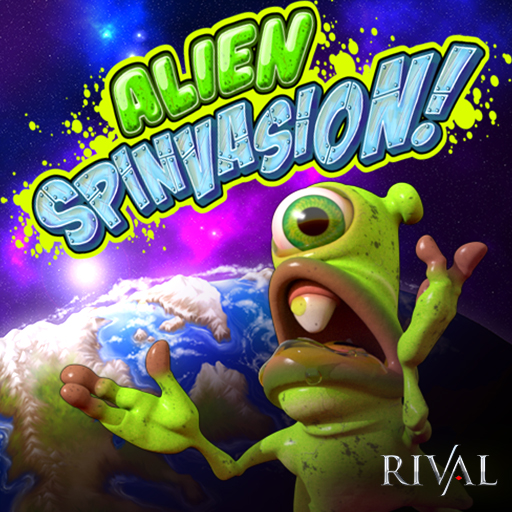 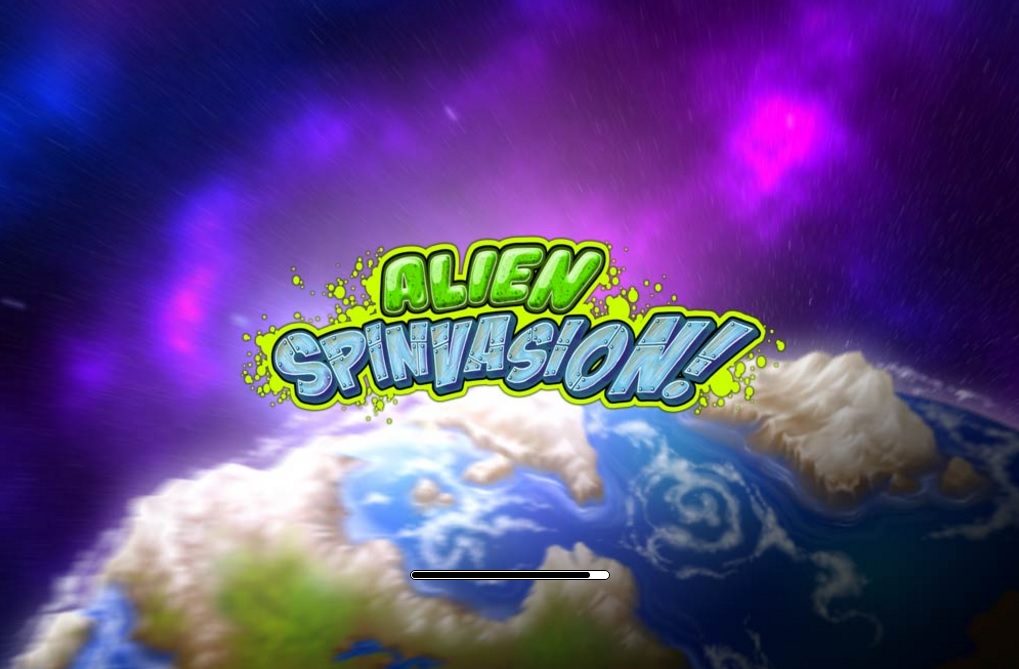 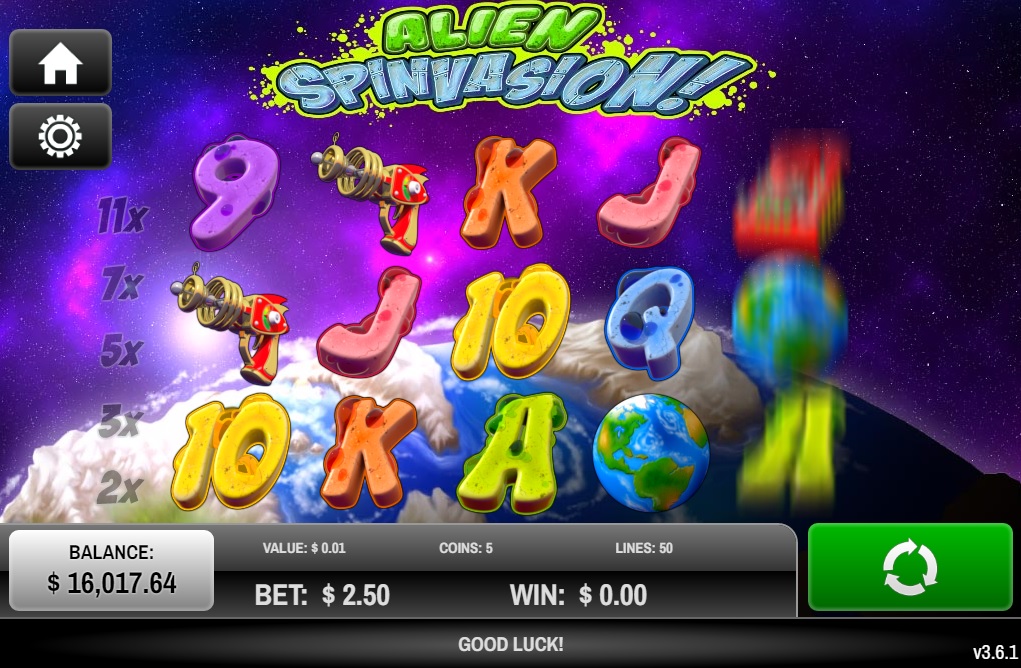 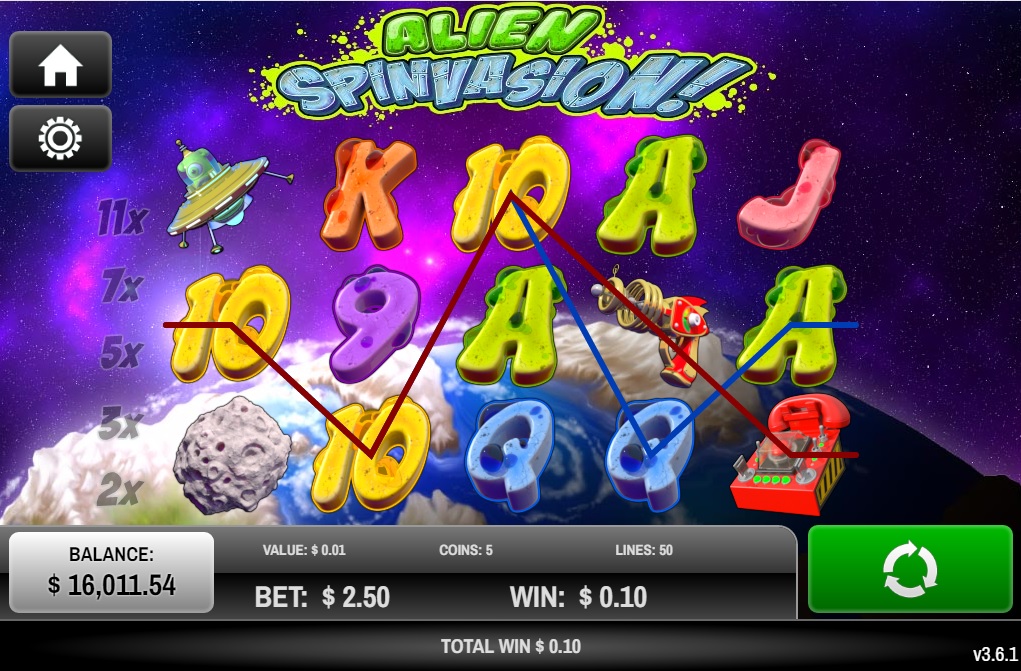 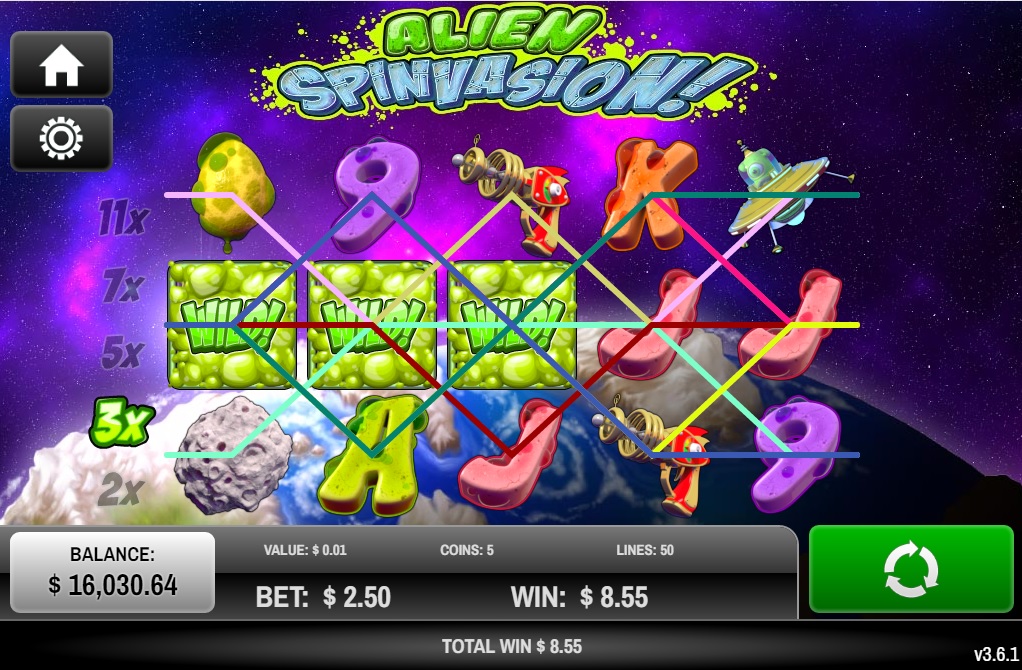 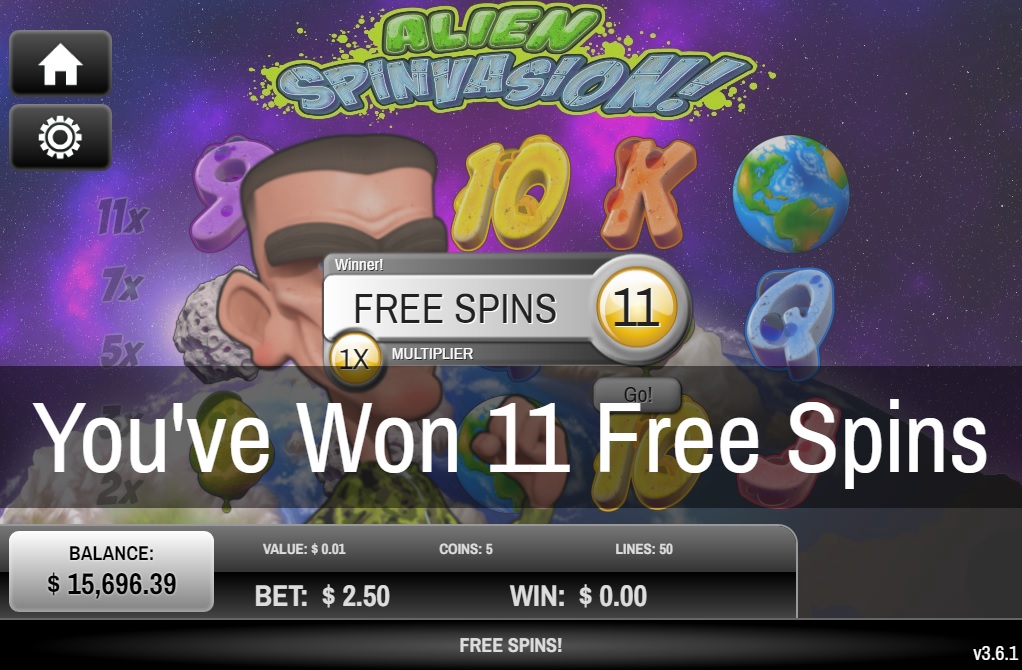 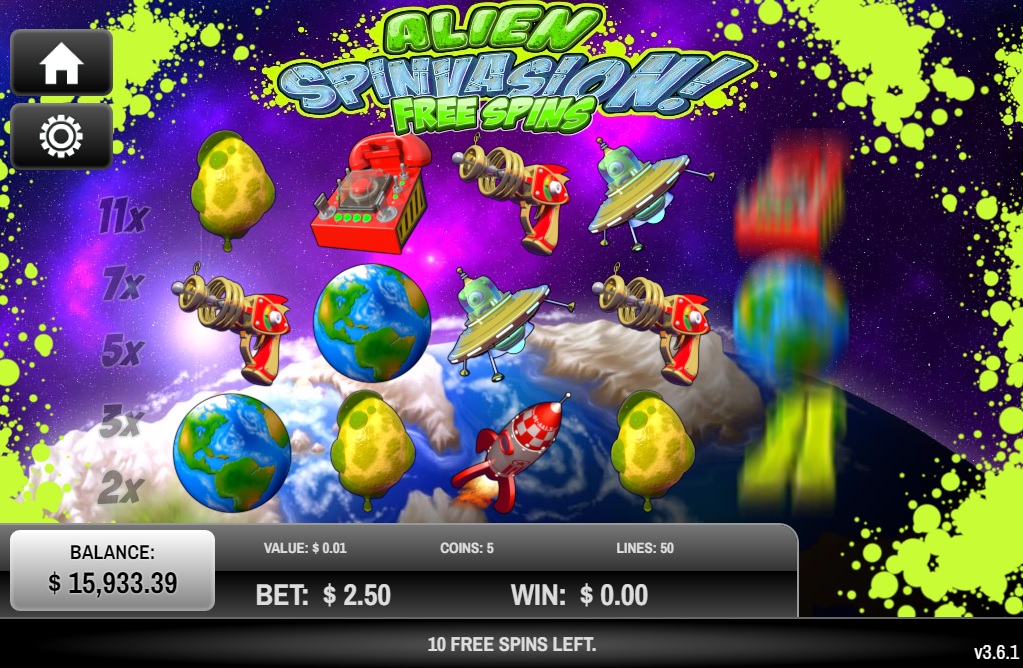 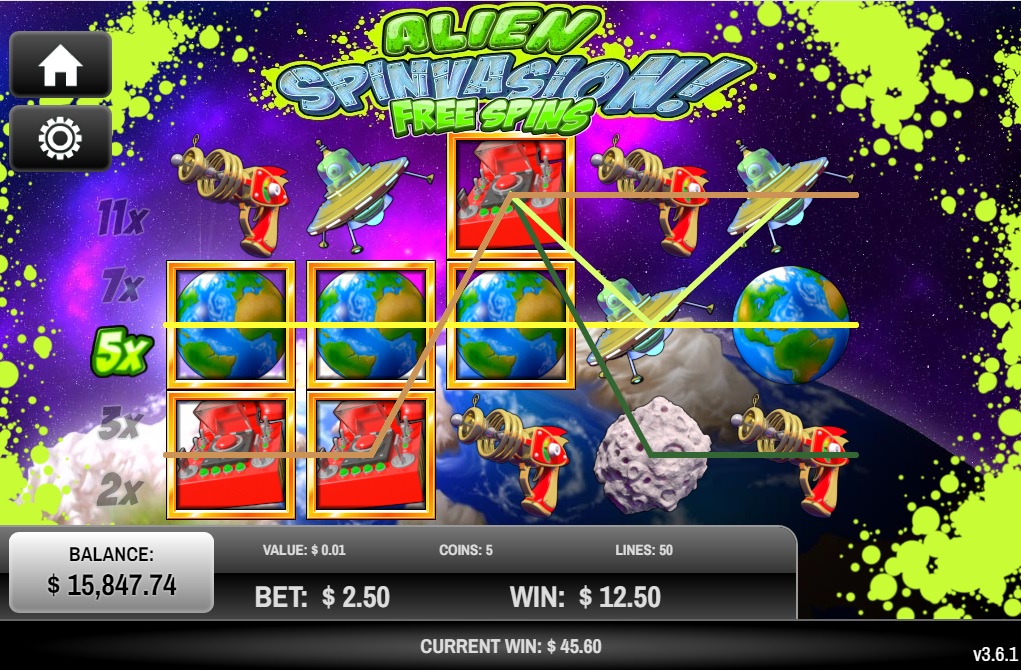 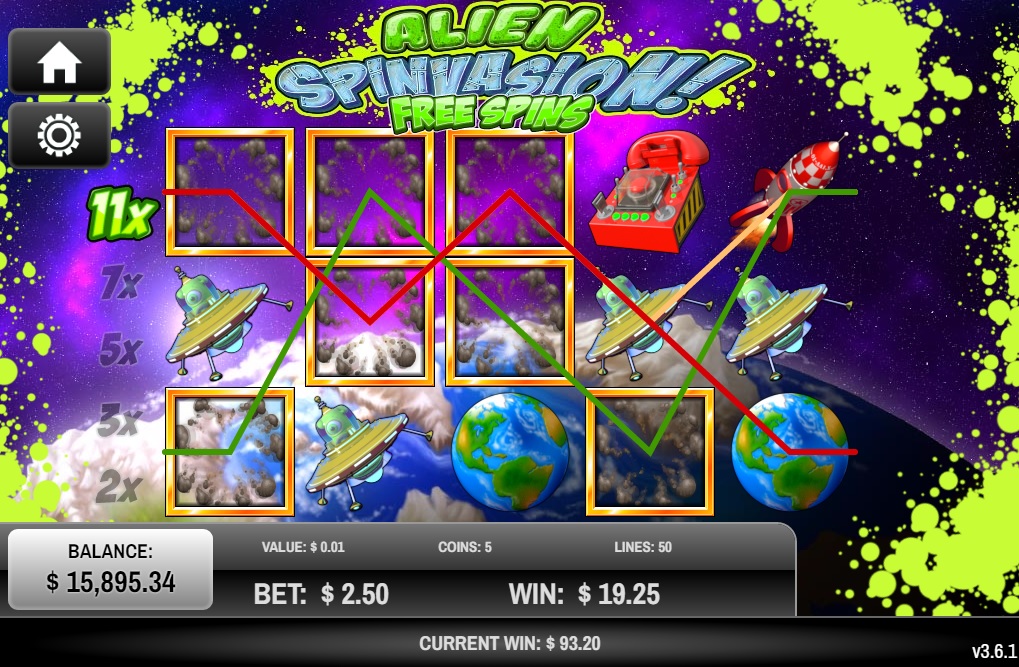 4.4 out of 5 stars.
Log in to rate the game
Look to skies and brace for attack in Alien Spinvasion, Rival's latest 5 reel slot. The Army General has his finger on the Button, ready to retaliate against the menacing Alien Spacecraft. Icons include an Alien Egg that's ready to hatch, a deadly Ray Gun, a Meteor on a collision course, a speeding Rocket, and the planet Earth.
Other icons include the slimy, mutated 9, 10, Jack, Queen, King, and Ace. The Alien head with one eye is a Wild and will replace any other symbol to form a winning line, when possible. Sticky Wilds will remain on screen and trigger re-spins whenever they are part of a winning line. Additional "Sticky Wilds" will trigger additional re-spins, and sticky wilds will again remain on-screen during ALL re-spins.
Sticky Wilds only appear during regular spins. When the Army General appears on screen, you will win 11 free spins. During free spins, all icons become drop icons. Any drop icon win will trigger the Drop feature. The Alien icon is a Sticky Wild!
Log in and review this game
Share your thoughts with other players