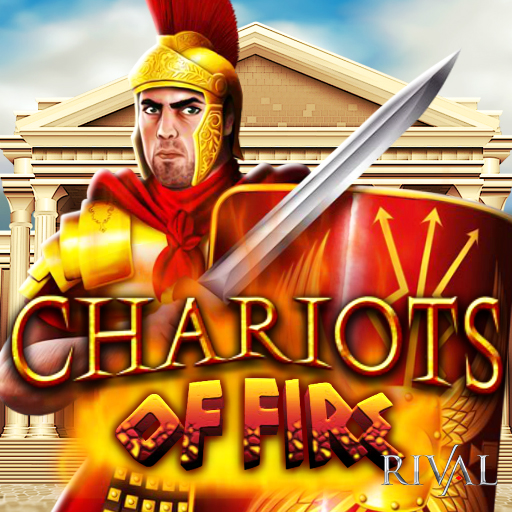 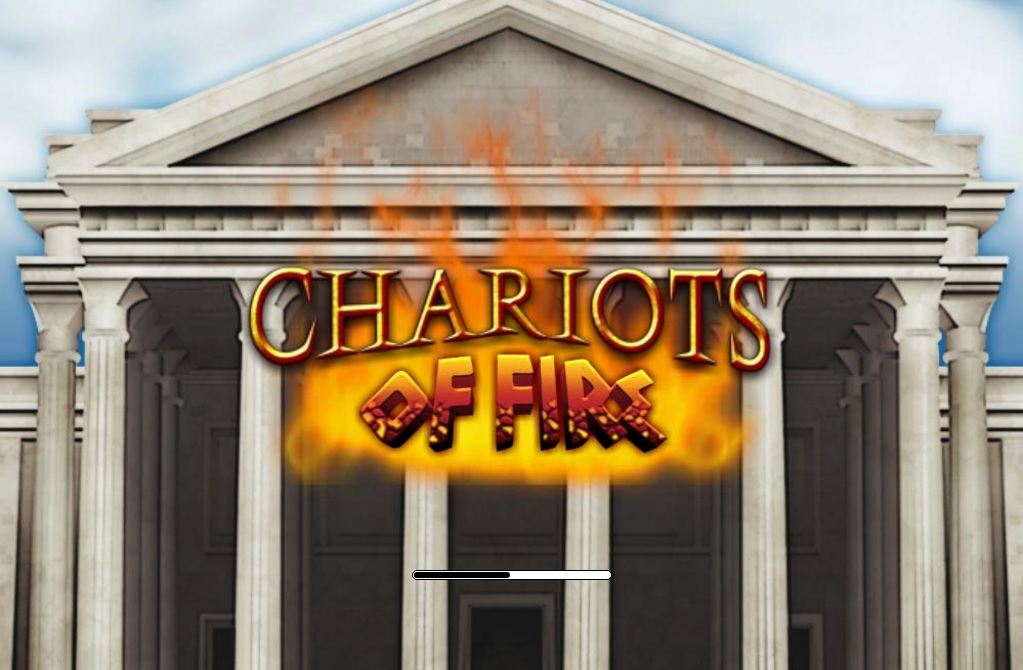 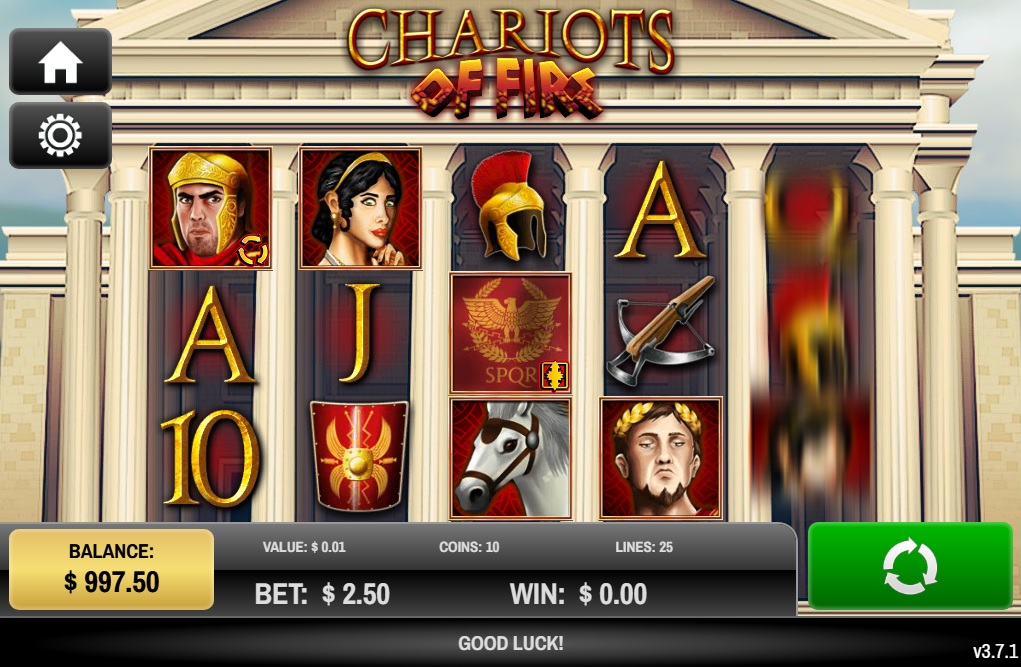 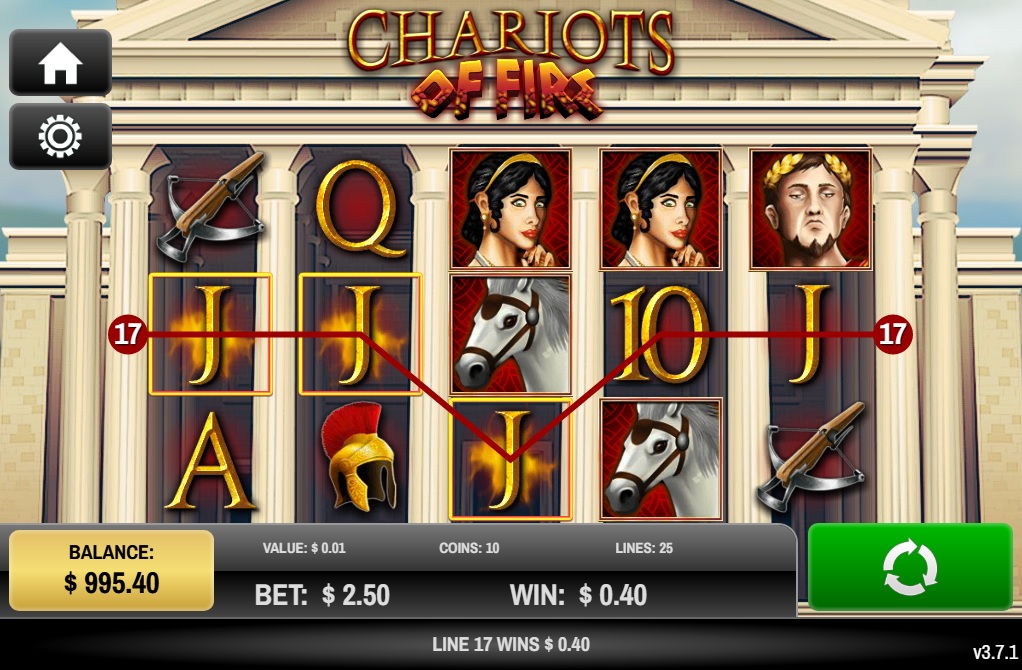 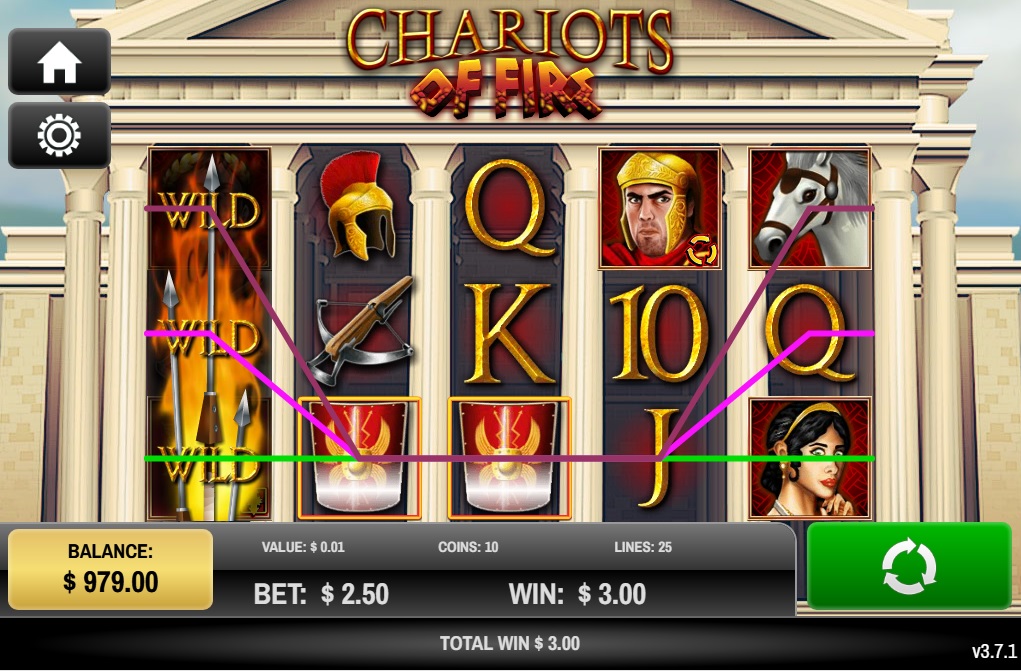 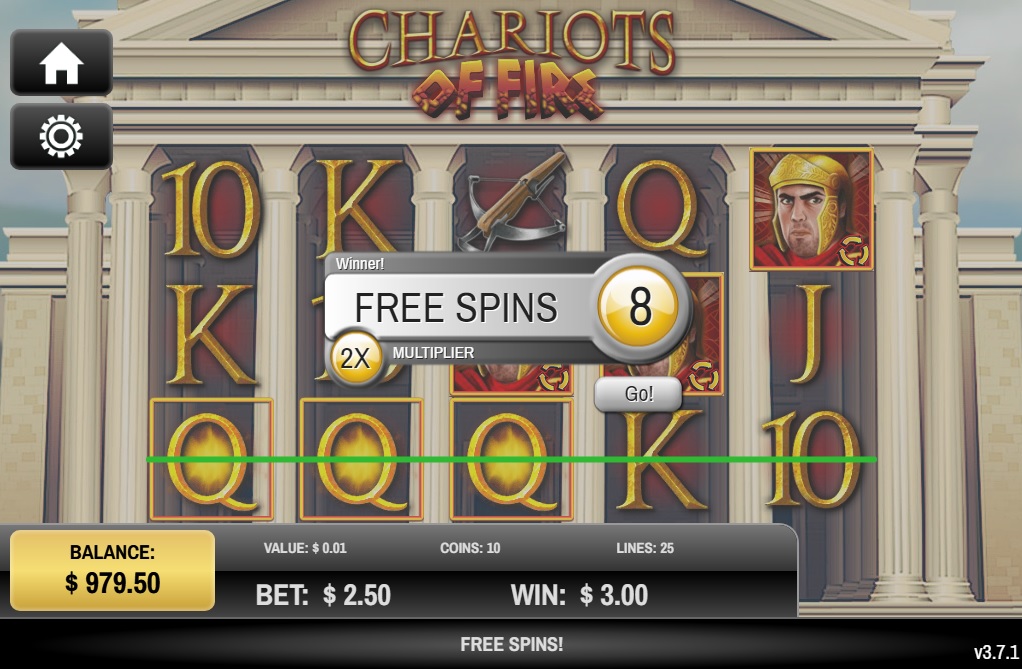 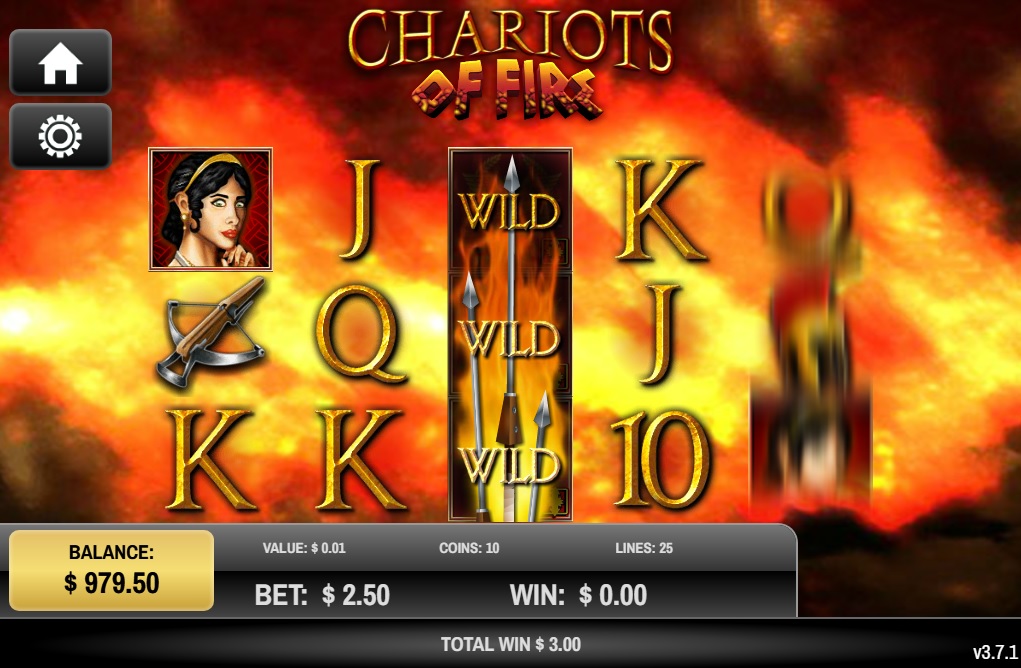 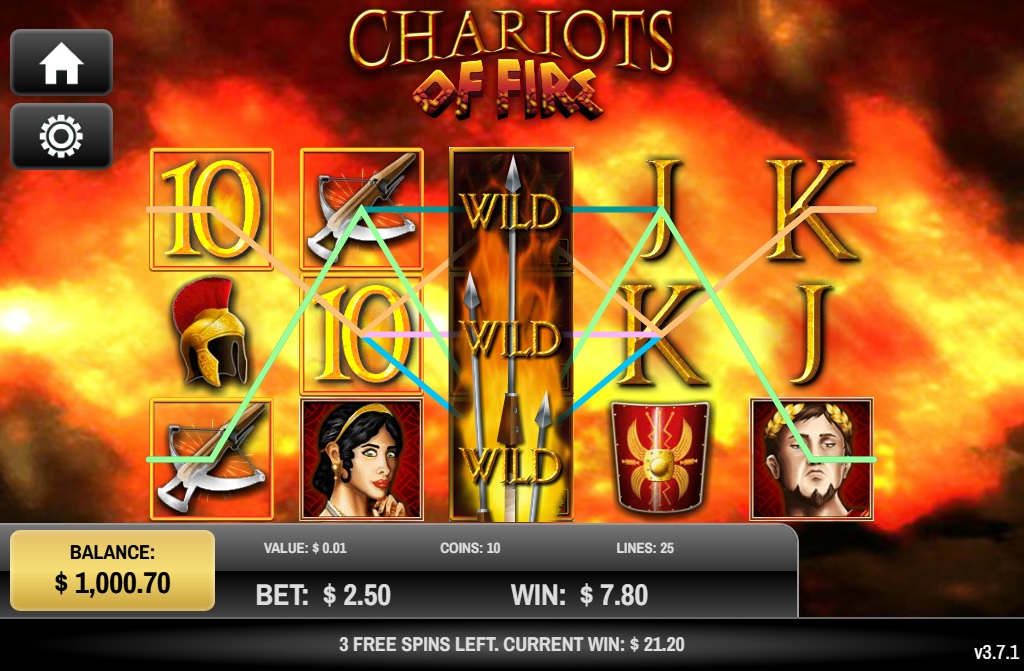 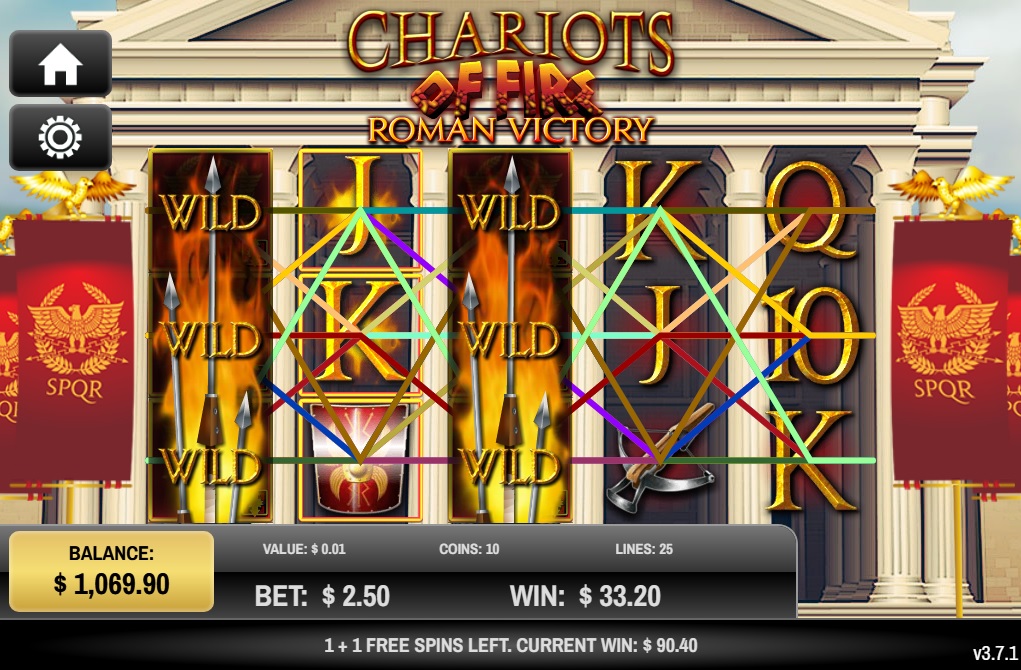 4.4 out of 5 stars.
Log in to rate the game
Rome was not built in a day, and it was conquest through warfare that expanded the Roman Empire. The Emperor has sent his finest soldiers into battle, with swift and powerful chariots. The blazing speed of the horses would allow soldiers to spread quickly around enemies like wildfire. When the victorious soldiers arrived home, people took to the streets in a celebration of the success of the Roman legion.

Icons in the fiery hot slot include 10, J, Q, K, A symbols cast in gold, a shield, helmet, crossbow, the SPQR flag, a woman, a horse, an Imperial soldier, and of course, the Emperor. Watch for the Soldier icon; it triggers free spins where the 3rd reel is wild. During free spins, the soldier will also trigger the Roman Victory round, where the 1st and 3rd reels are wild.

Your chariot awaits! Take the chance to do as the Romans do and play Chariots of Fire.