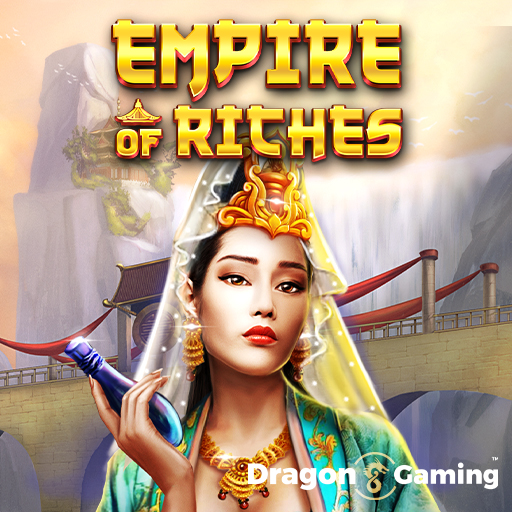 4.8 out of 5 stars.
Log in to rate the game
The Empire of Riches is Yours to Take!

Who wouldn’t want to be an emperor of a wealthy kingdom and surround themselves with immeasurable amounts of gold? In the Empire of Riches slot, it is you who is in charge of your own fortune. Place a bet of your liking and spin the reels for a chance to win in 57 different ways. Enjoy the rewarding Re-Spin and Free Spins features and multiply your wins by up to ten times.

Empire of Riches is unique in many ways. This slot has a special rhomb-like layout not seen in other games of this kind. Hope to see the emperor and the empress on the reels as they represent the secret to your success.

Every time you create a winning combination in Empire of Riches, you will be awarded a re-spin in which all the winning symbols stay in place. The Re-Spin feature will continue as long as your winning payline expands, thus giving you an opportunity to create huge combos.

If you’re lucky enough to land three bonus symbols on the middle reels, you will be awarded five free spins. The Re-Spin feature can be triggered during these bonus spins, but this time around, you will also get a growing multiplier with each re-spin, and there’s a possibility for a massive 10x multiplier!
Log in and review this game
Share your thoughts with other players