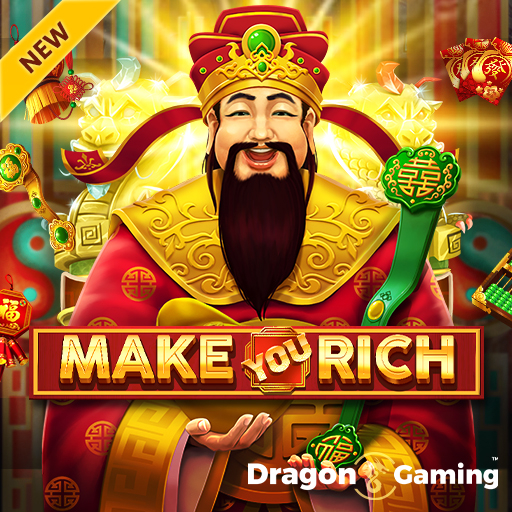 4.8 out of 5 stars.
Log in to rate the game
Blessed by the Caishen

Caishen, the Chinese God of wealth, has descended to show you the path to unfathomable riches. You may be destined to become wealthy, but nobody gets ahead in life without at least a little bit of luck.

Make you Rich has you spinning the reels in front of a gold-plated temple high in the mountains, accompanied by calming sounds of the ancient Orient. Match the symbols across the grid to fill out the Ingot Collector and unlock the bonus round where all wins become five times as valuable.

Three Ingots and You’re In!

Make you Rich has a 3×3 layout with only six symbols. Every time you get a winning spin, you’ll see an ingot added to the Ingot Collector on the left, which has three slots. Win three consecutive times to fill out the Ingot Collector, and you’ll trigger the Mega Spins.

The Mega Spins round is played by the same rules as the base game and even contains the same symbols. However, the symbols are now upgraded to be five times their original value. The feature ends after five winning spins.

You also have the option of buying the feature by purchasing all three ingots at once or just the ones that you are currently missing to fill out the collector.
Log in and review this game
Share your thoughts with other players