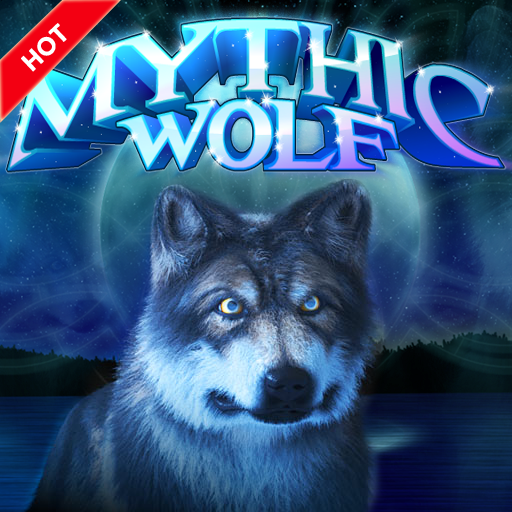 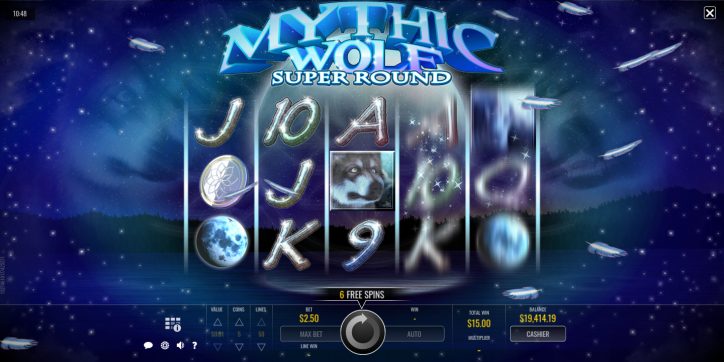 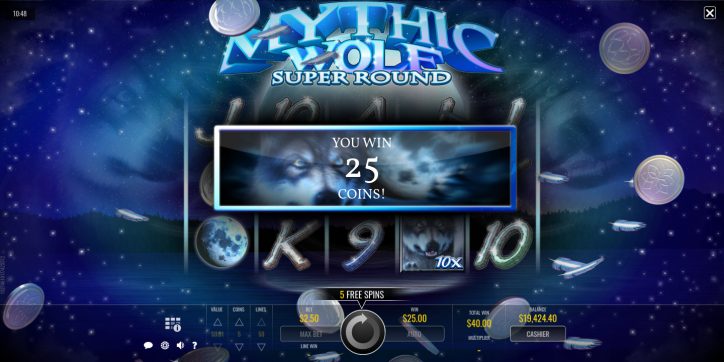 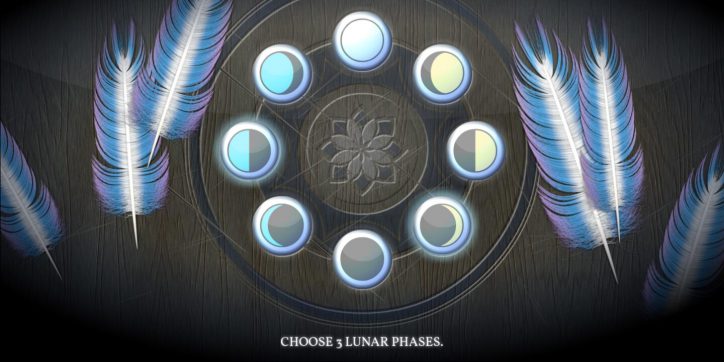 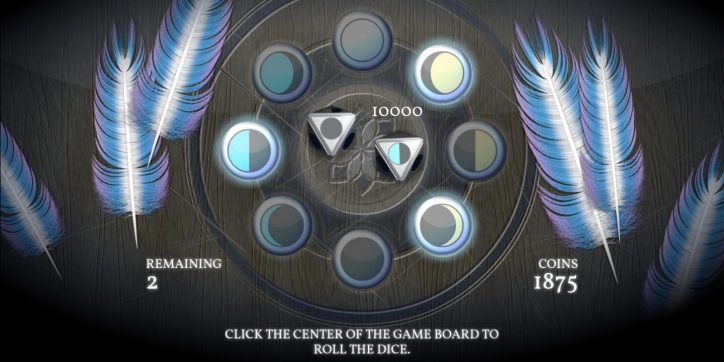 4.4 out of 5 stars.
Log in to rate the game
Follow the Wolf on a quest for treasure with Mythic Wolf, Rival’s latest 5 reel slot. Watch the Wolf as he’s howling at the moon and running through the forest. Mythical icons include the Moon, Magic Feathers, a Mythic Coin, a Diamond, a Wolf head, a Howling Wolf, and Lunar Dice. Remaining icons include the traditional playing card values – 9, 10, Jack, Queen, King, and Ace.

The Running Wolf icon is Wild!

Watch out for Random Wins during regular gameplay and during the Mythic Wolf Super Round!
Log in and review this game
Share your thoughts with other players