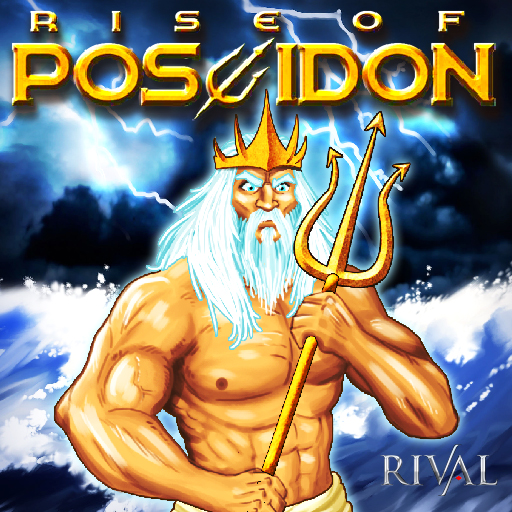 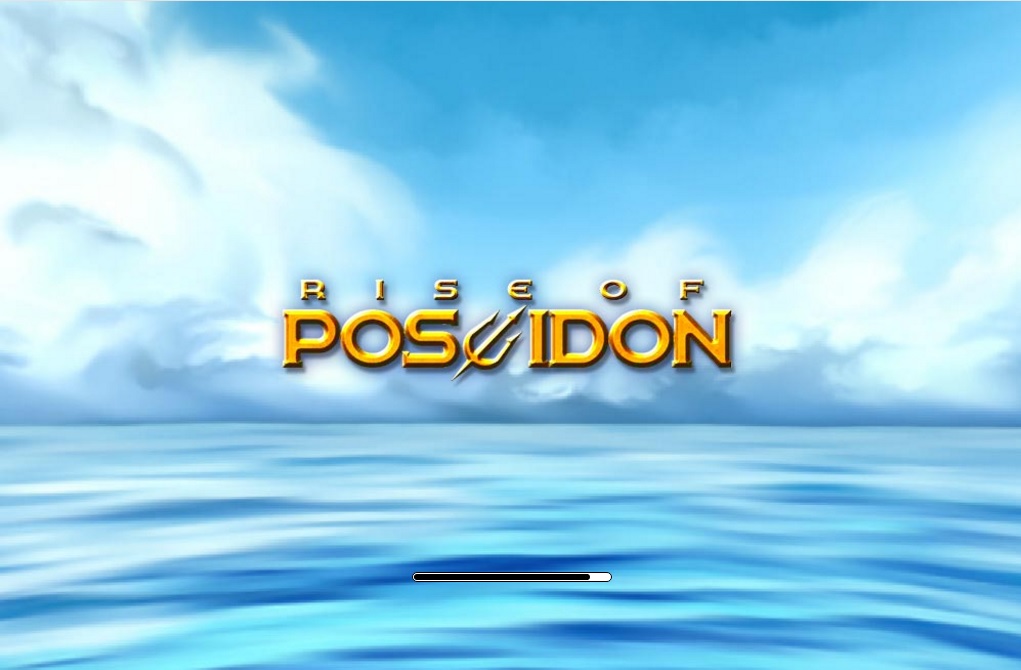 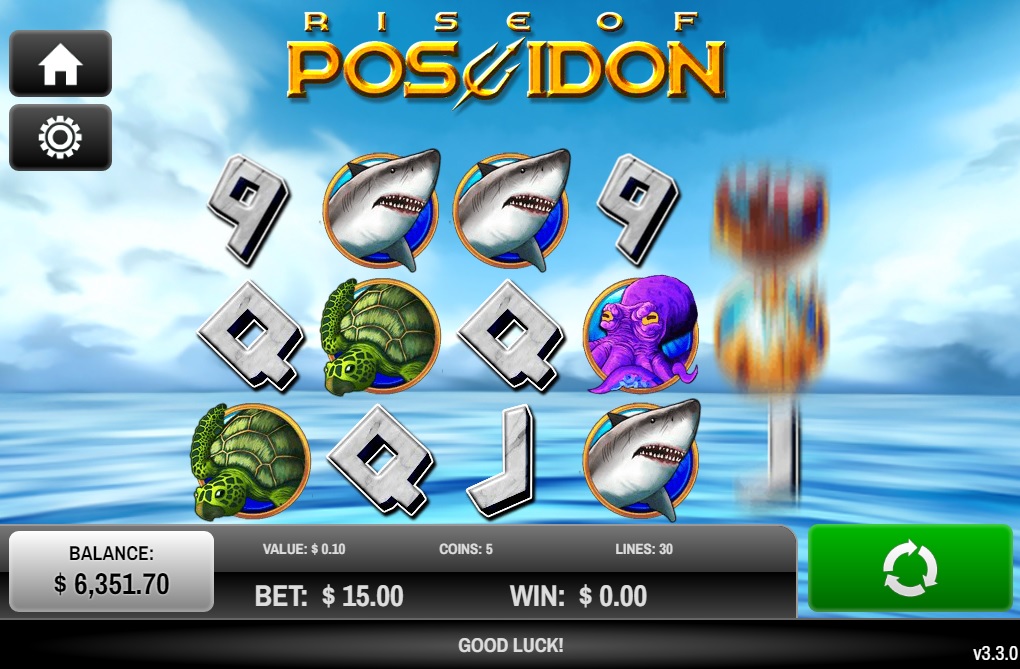 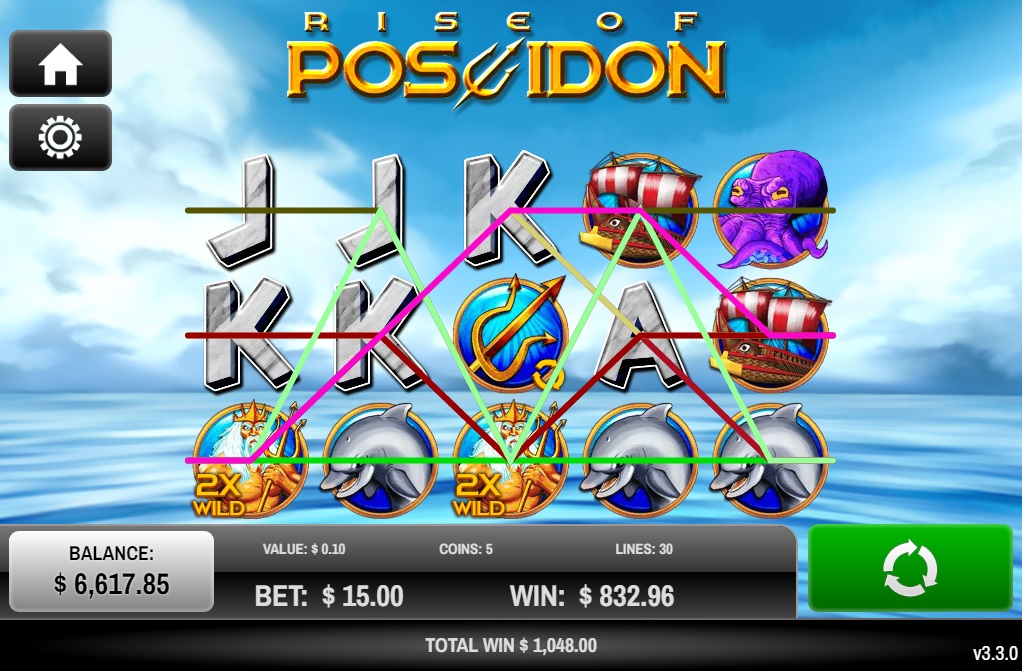 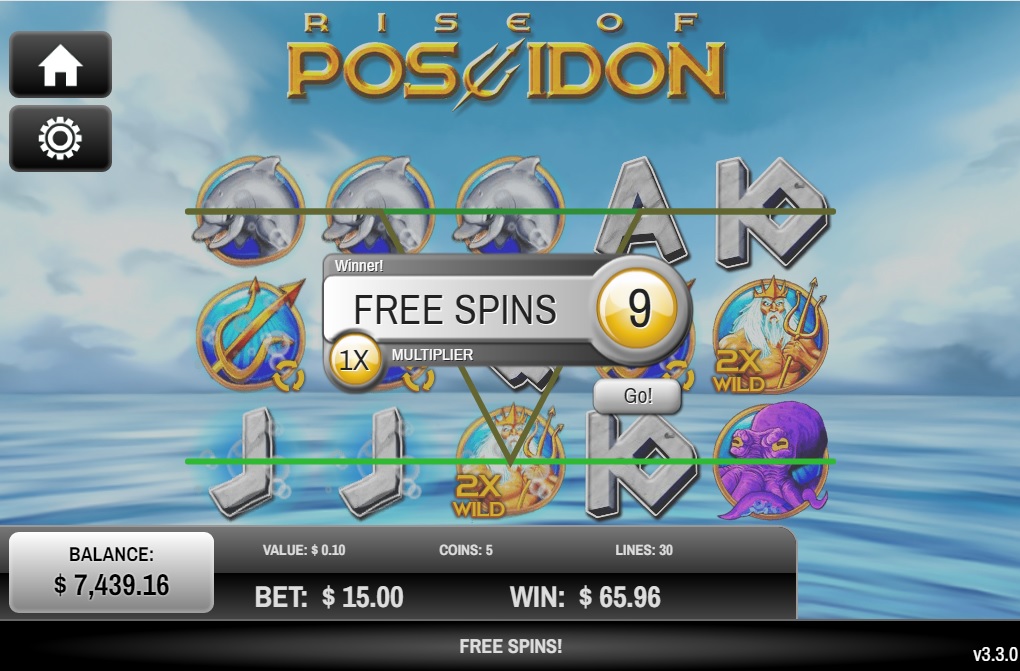 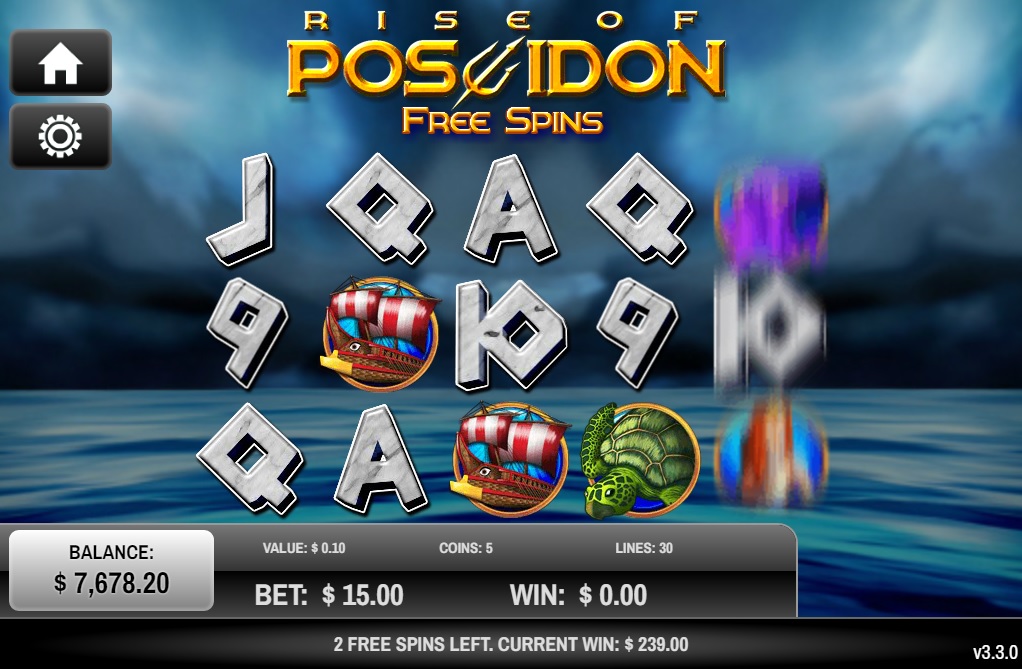 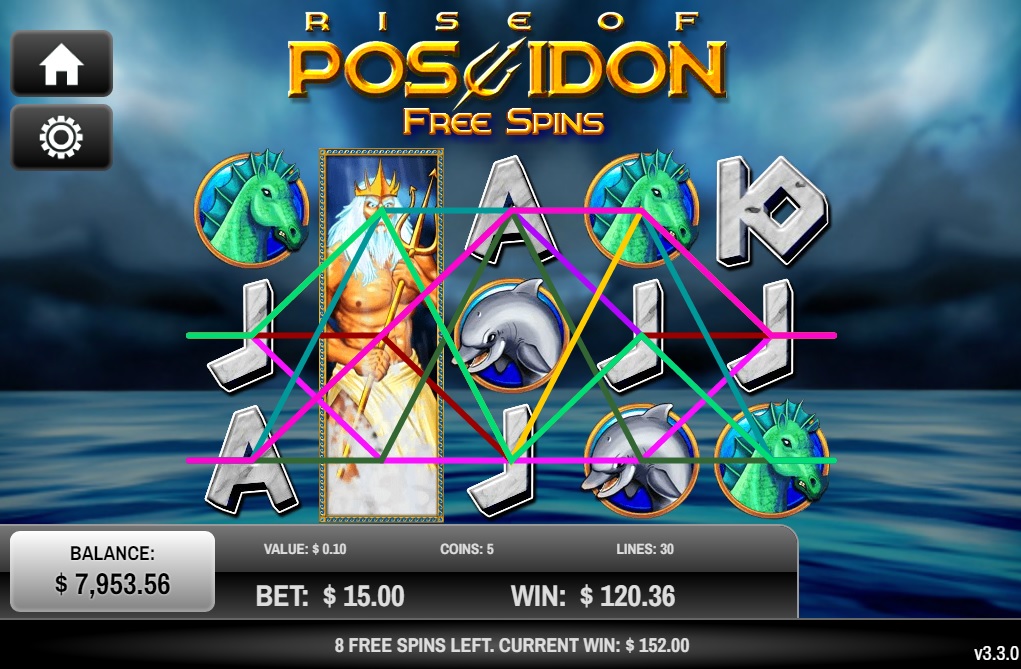 4.3 out of 5 stars.
Log in to rate the game
Poseidon was the Greek God of the sea, storms and earthquakes. Brother of Olympians Zeus and Hades, founder of the fabled island of Atlantis with his wife and goddess of the sea Amphitrite.
Poseidon holds dominion over the numerous animals of the oceans. Sea creatures like giant turtles, octopuses, sharks, dolphins, and the hippocampus, a legendary sea-horse, were all allies of the Greek God. As a display of his strength the Poseidon icon is wild with a 2x multiplier.

With his powerful trident in hand, Poseidon would swell the seas with his anger, unleashing a fierce tempest on weary sailors causing shipwrecks. The terrible storm causes all the reels to spin out of control with a retriggerable freespin round! During free spins, Poseidon will emerge as an expanding wild with a 2x multiplier.
Do you have what it takes to keep your head above the water? Make waves with Rise of Poseidon!
Log in and review this game
Share your thoughts with other players