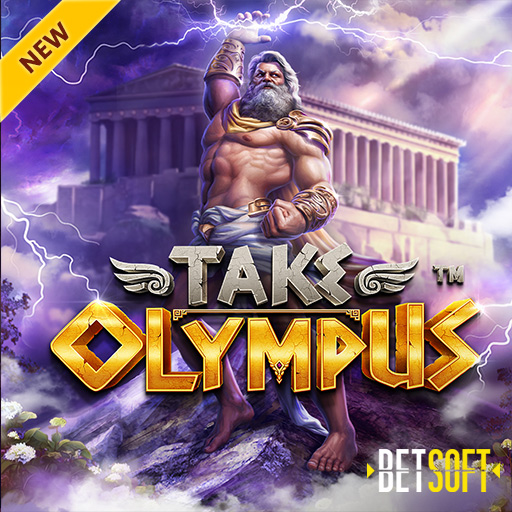 Prepare to face the ancient deities of Greece in TAKE OLYMPUS, the newest 5 reel, 10 payline Slot by Betsoft Gaming! This visually stunning game cycles through four Olympian Gods – Apollo, Aphrodite, Poseidon, and Hades. Each God has their own special powers, which will lead you to eternal rewards!Take on the powers of the other Gods alongside the Mighty King of the Gods – Zeus! The ruler of Mount Olympus, Zeus, in any configuration, is WILD. When he appears in a 4-symbol tall configuration, he will award the player 10 FREE SPINS, if all 4 other Gods are also present on the reels!

Join the Master of all Tides – Poseidon, the God of Light – Apollo, Lord of the Underworld – Hades and the Goddess of Love – Aphrodite, and get a taste of the cherished immortality. Every 10 spins, the endless cycle of the Gods turns, b