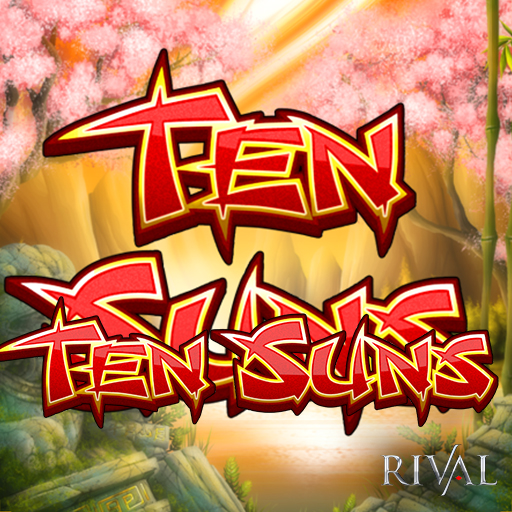 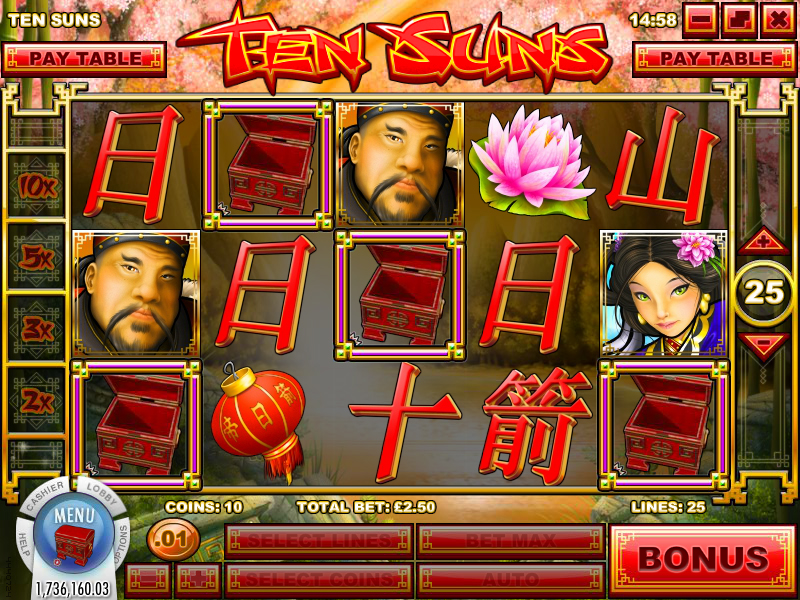 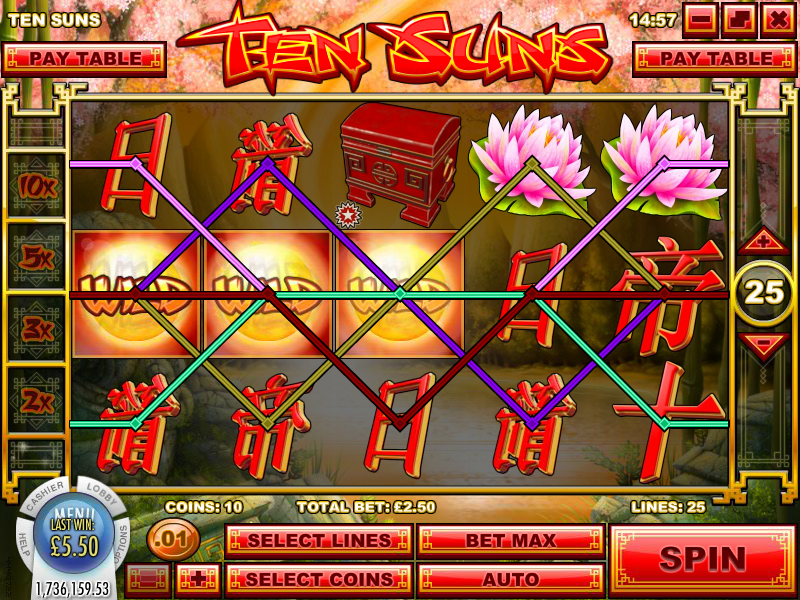 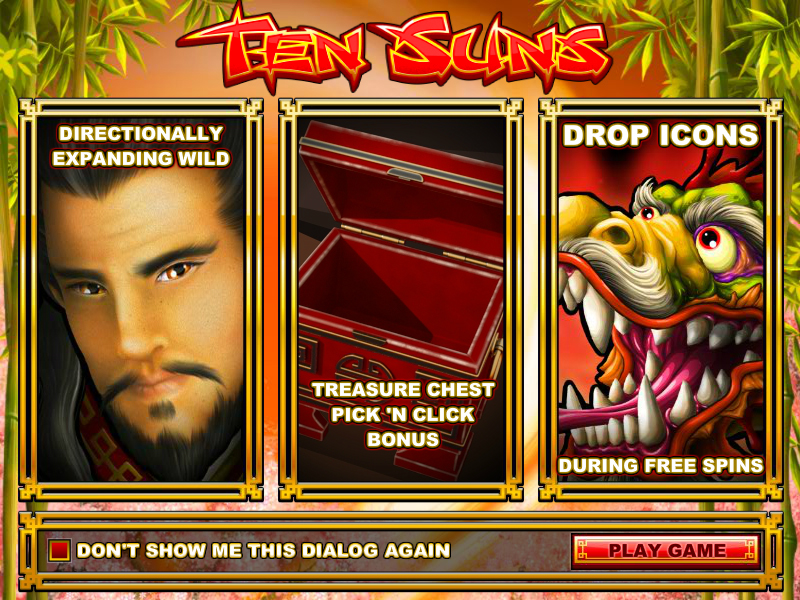 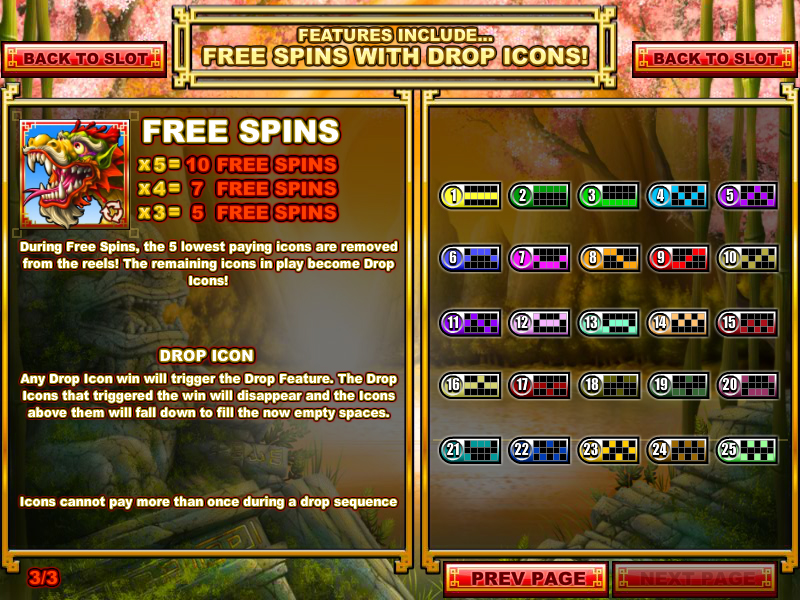 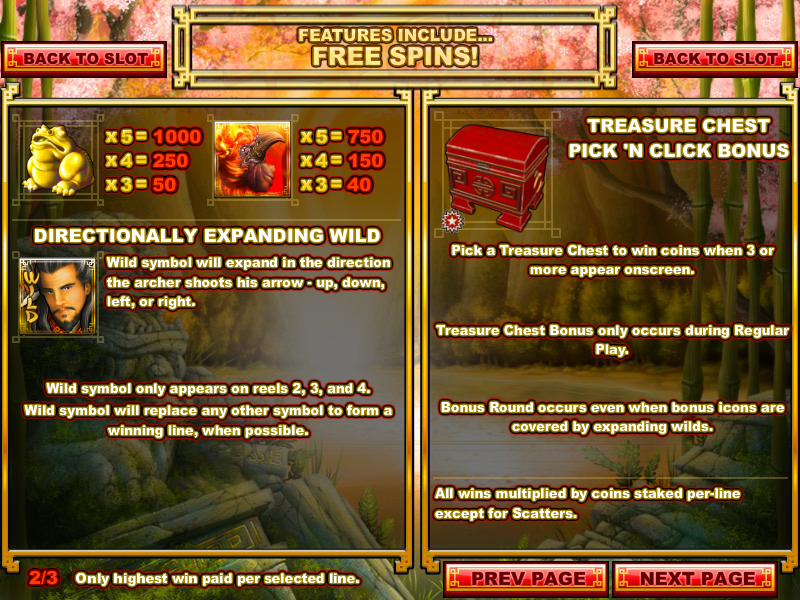 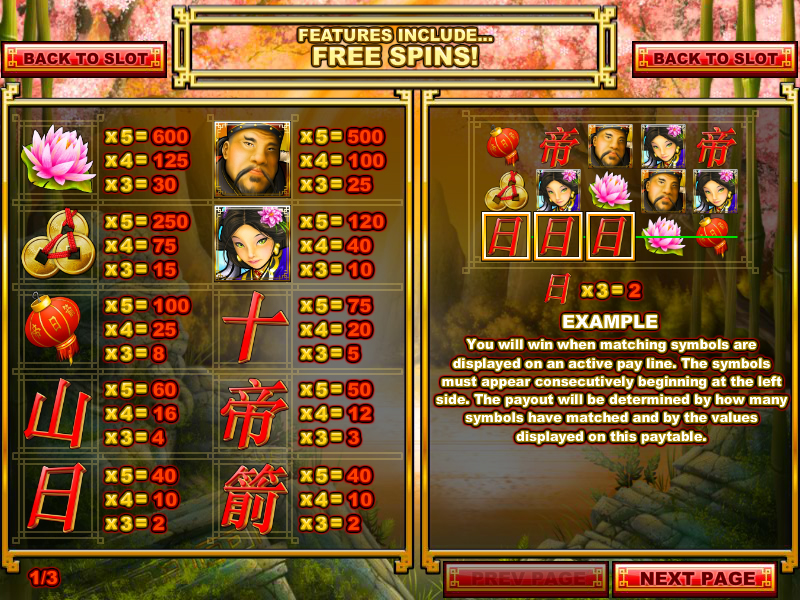 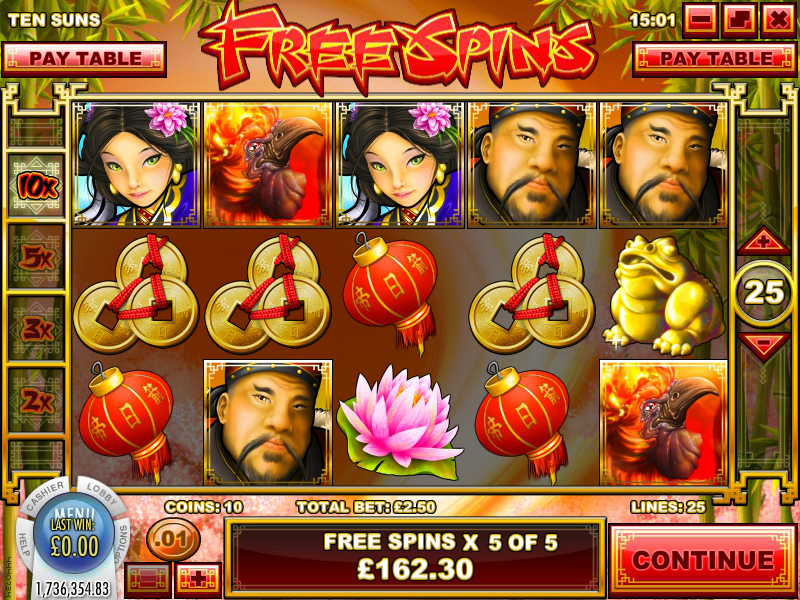 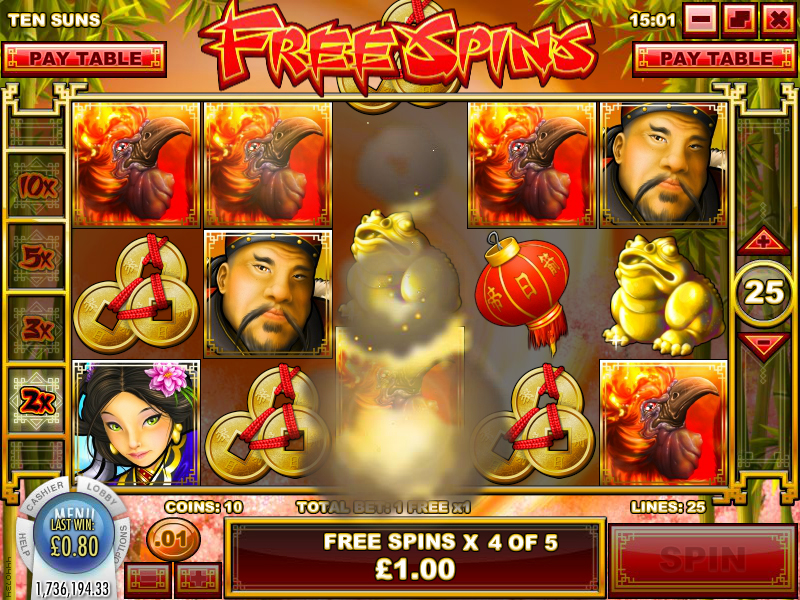 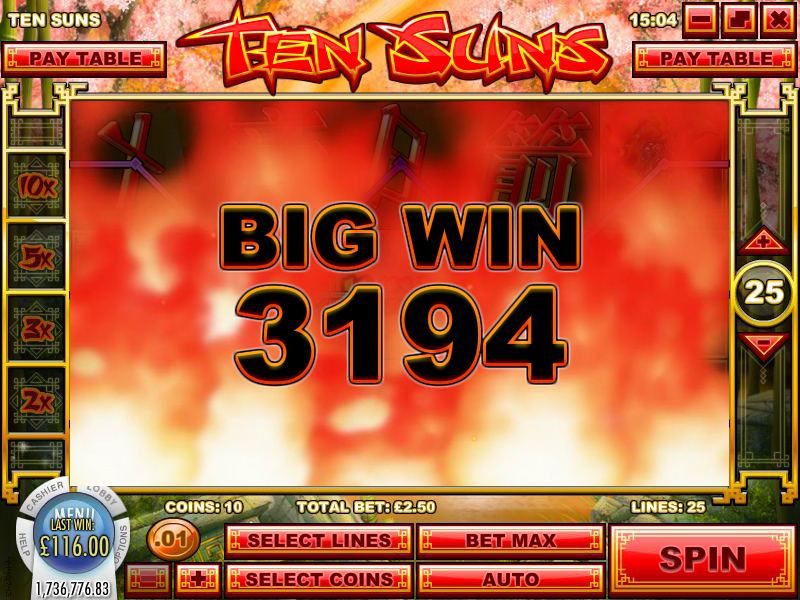 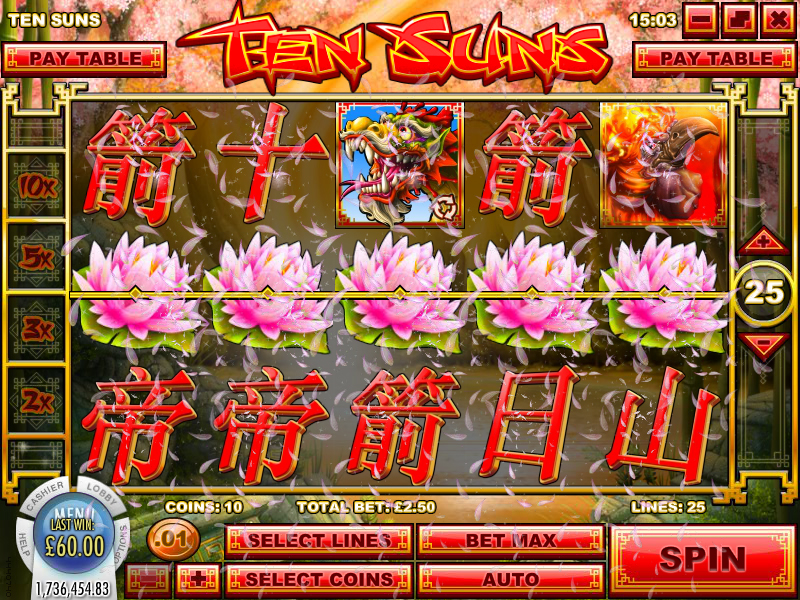 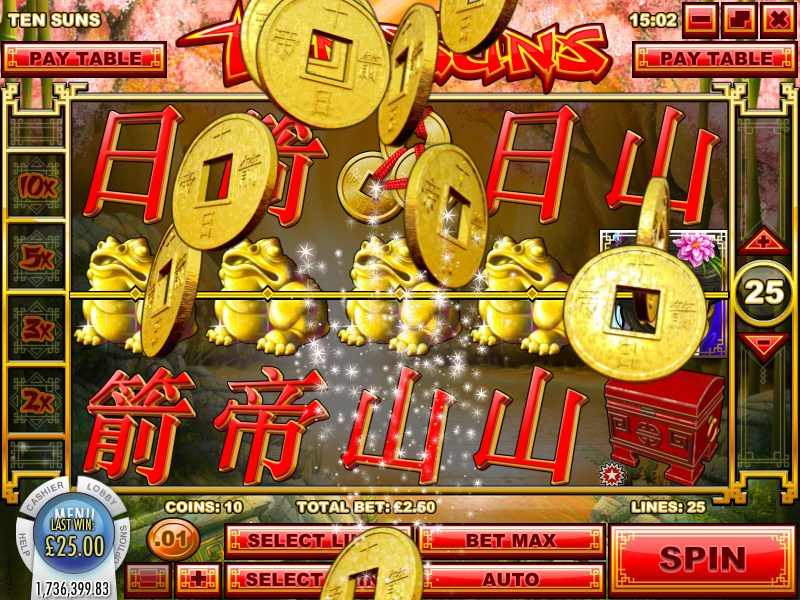 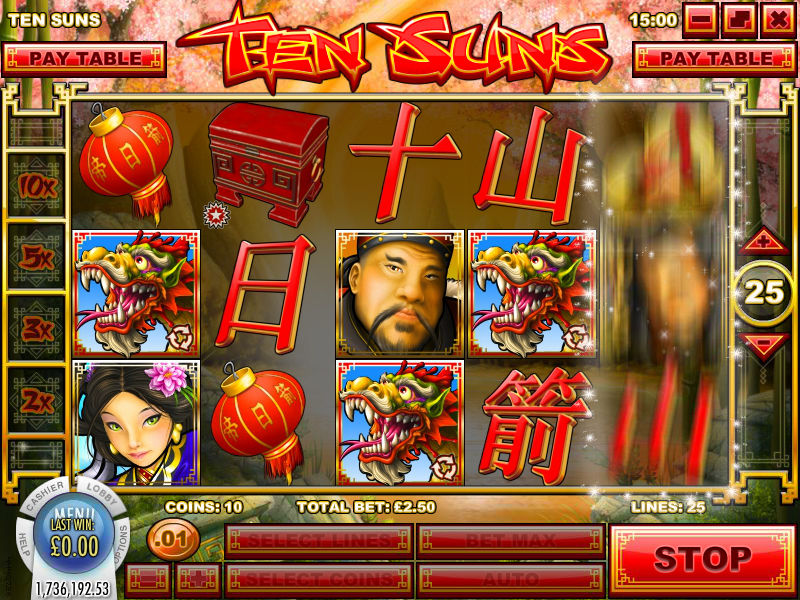 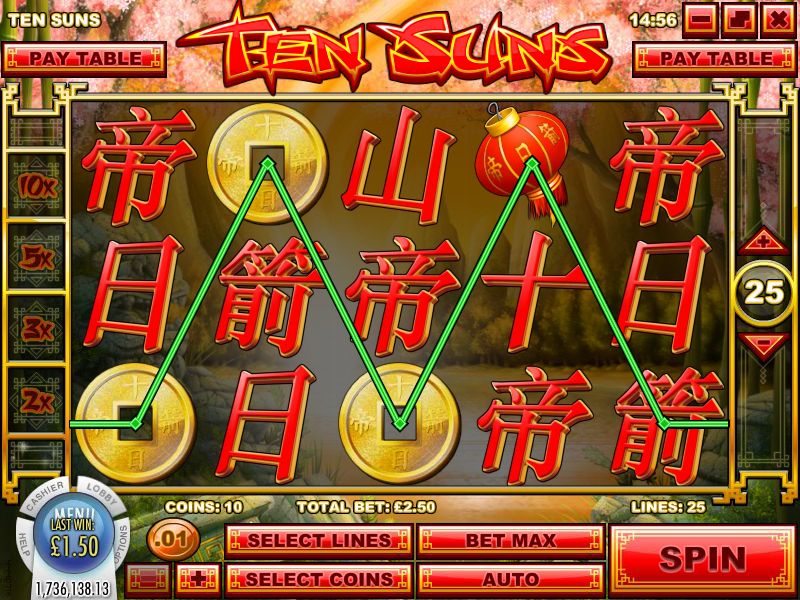 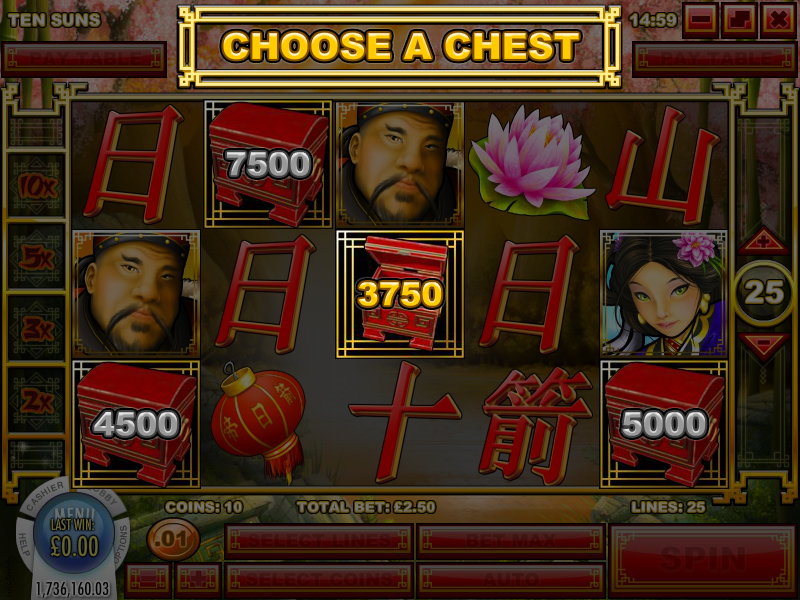 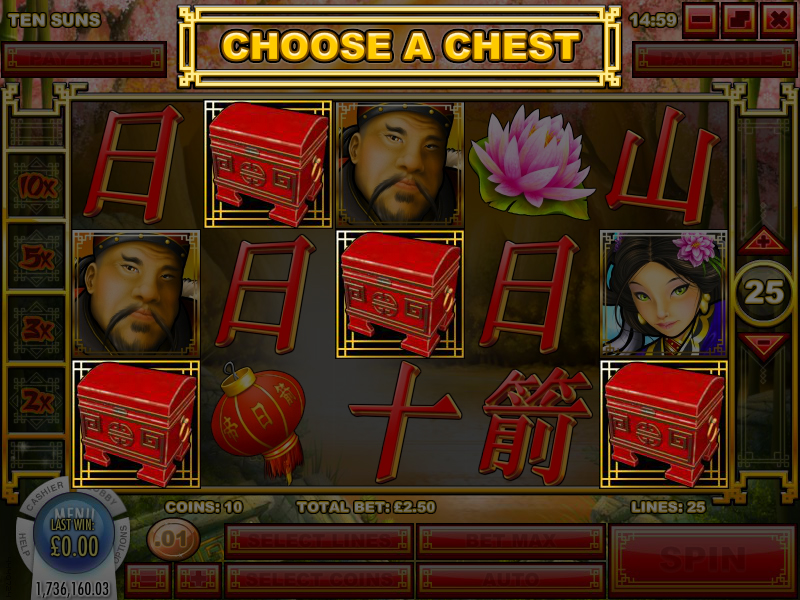 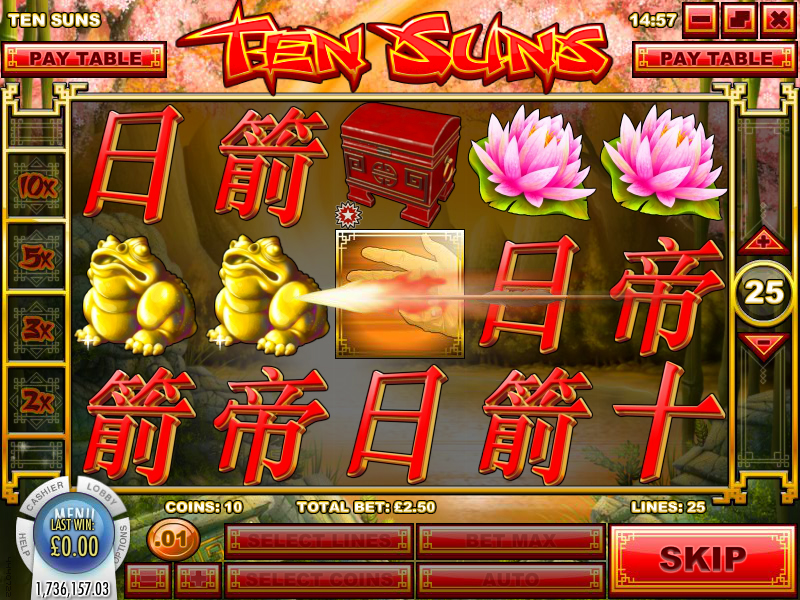 4.6 out of 5 stars.
Log in to rate the game
An ancient legend tells the story of the Divine Archer who saves the world from the scorching heat of the Ten Suns. The Emperor and the Moon Goddess watch as the Archer's arrows burst nine of the Ten Suns one by one. As the suns burst, they transform into Phoenix Birds and fly away. Icons include a Chinese Dragon, a Lotus Flower, a Lucky Coin, and a Treasure Chest.

The Divine Archer icon is Wild! After a Wild win is awarded, the wild icon could expand in any direction!

Three or more Treasure Box icons will trigger the Bonus Round!

Three or more Dragon icons will trigger the Free Spin Round! During Free Spins all icons become Drop Icons!