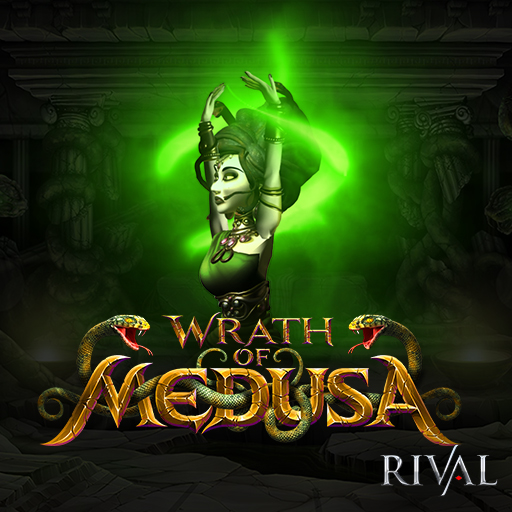 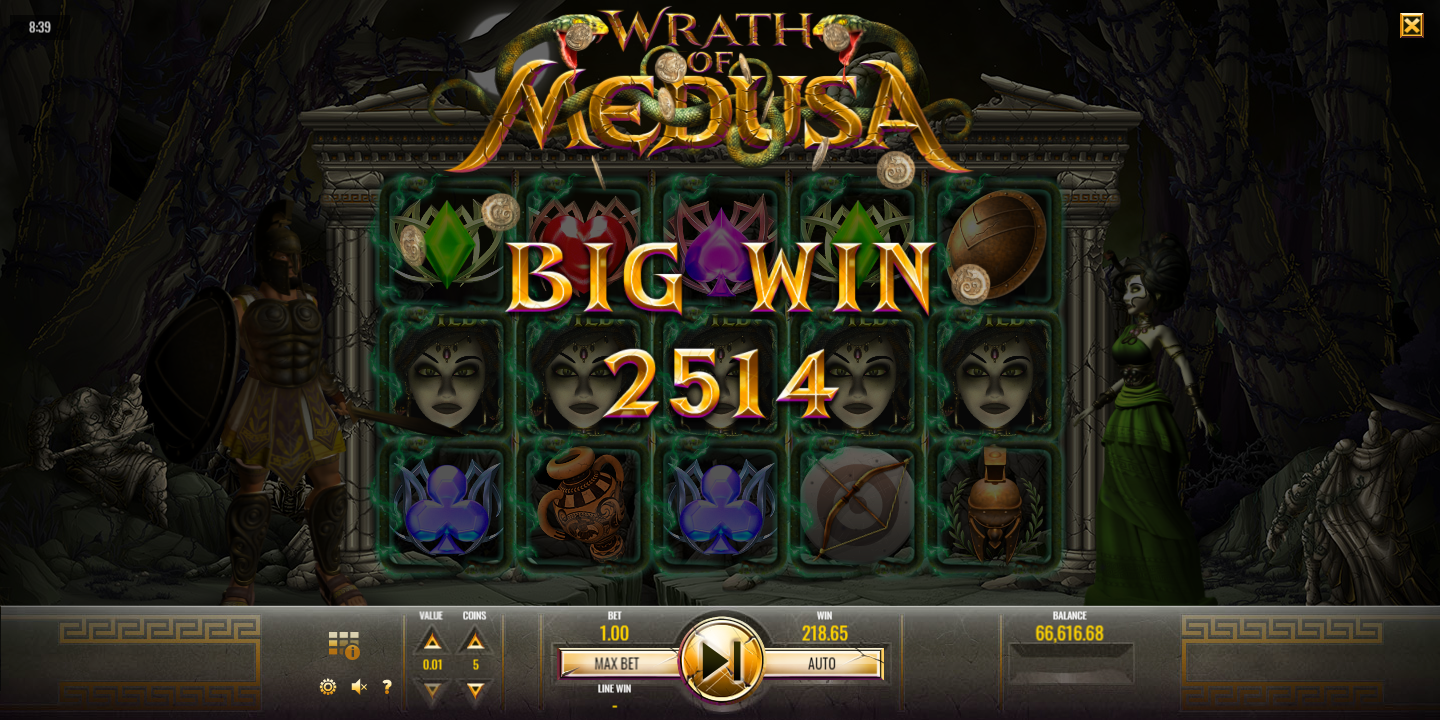 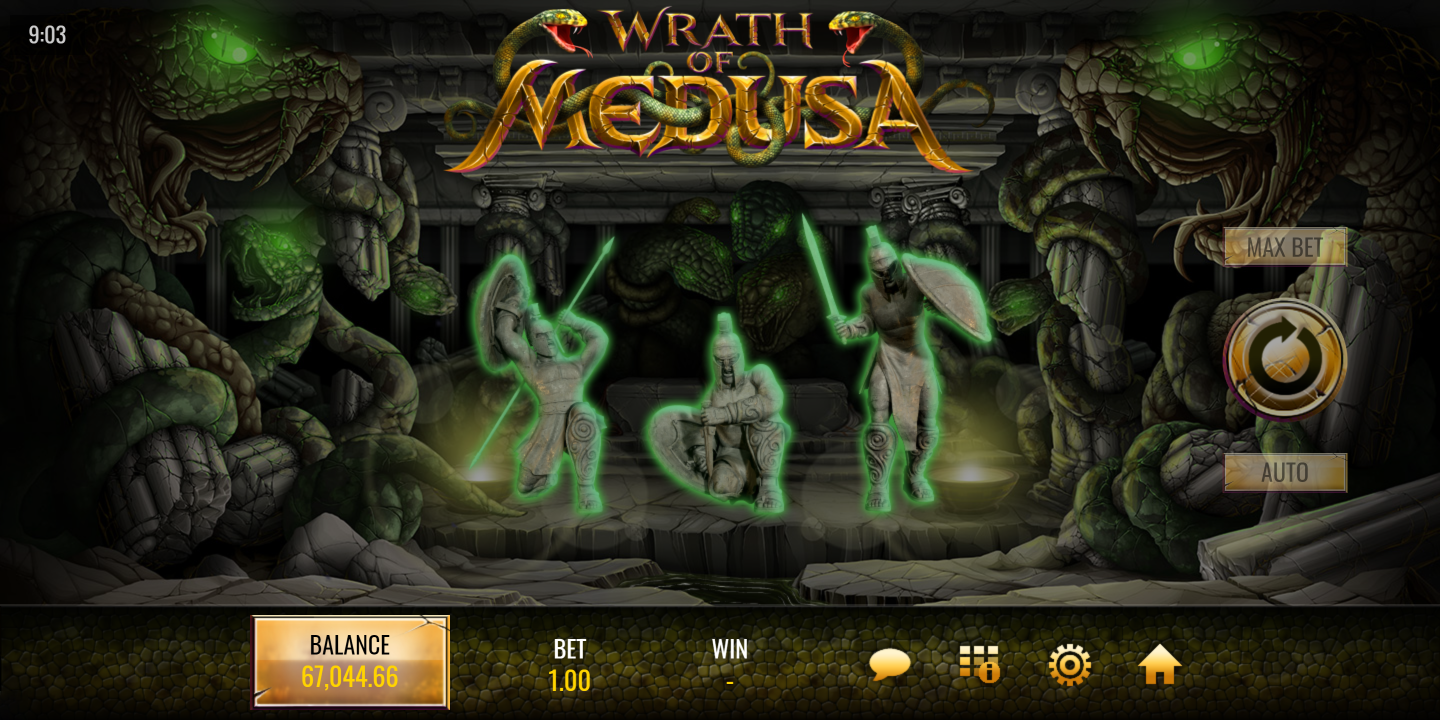 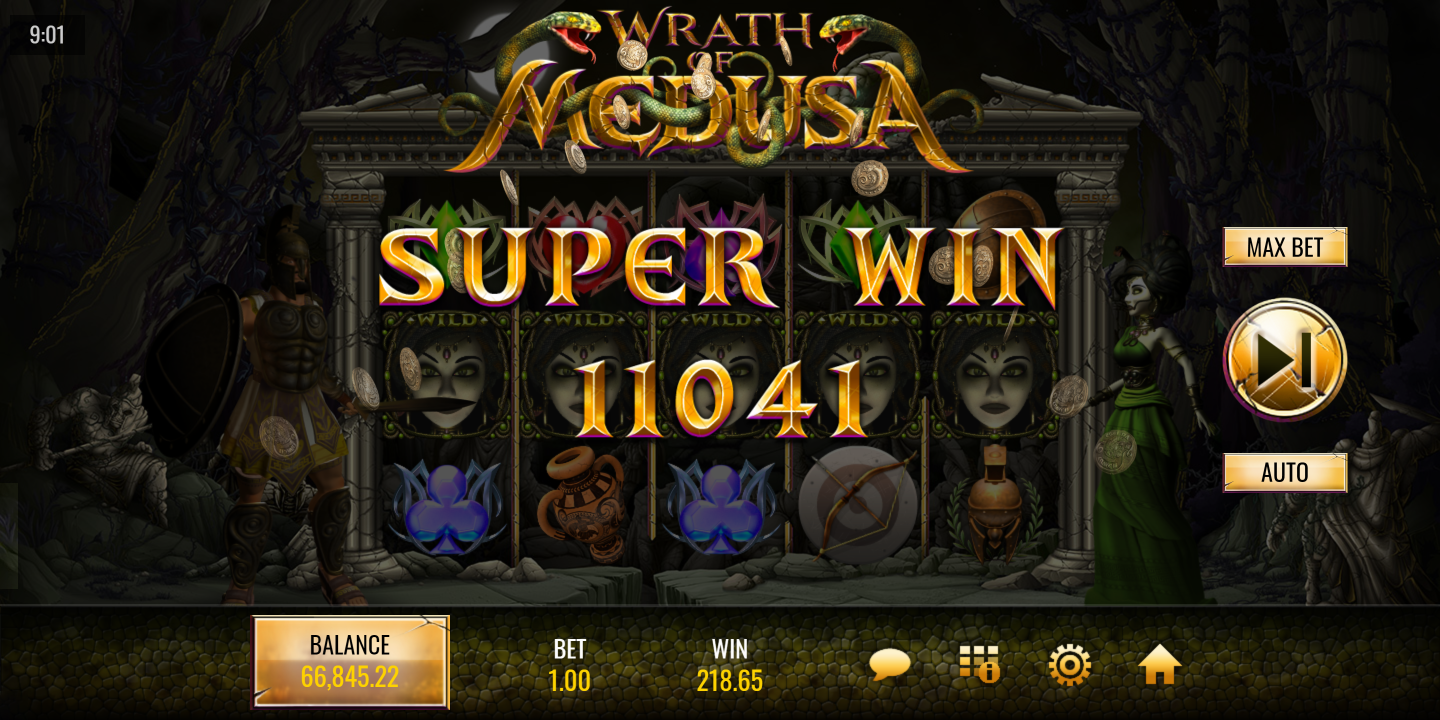 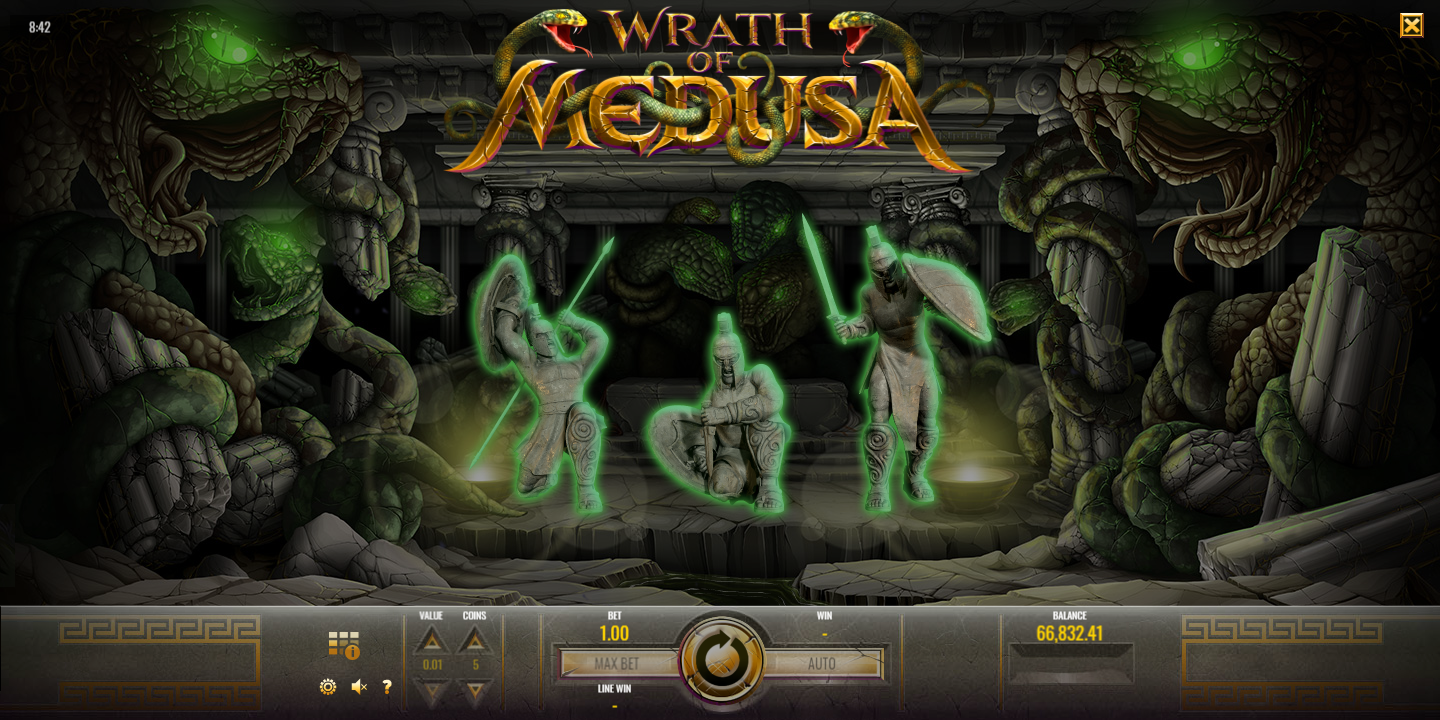 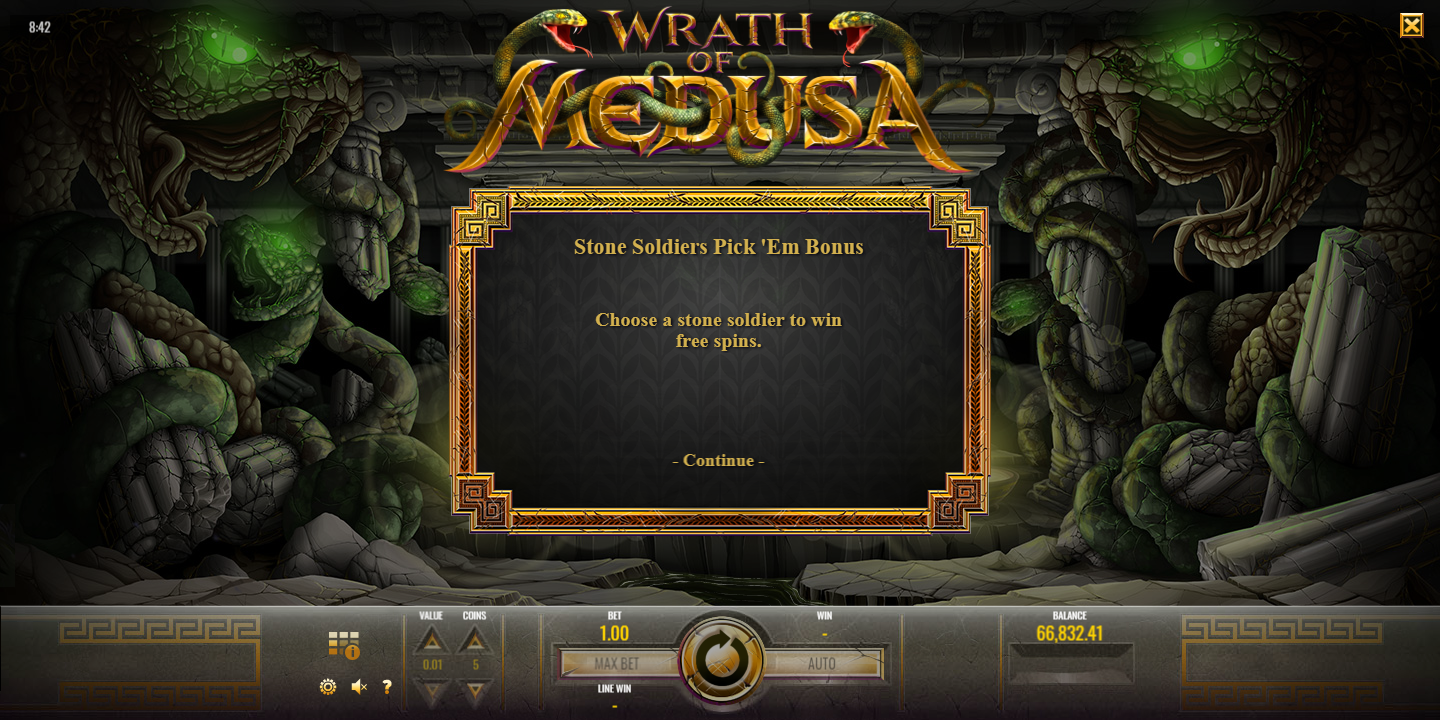 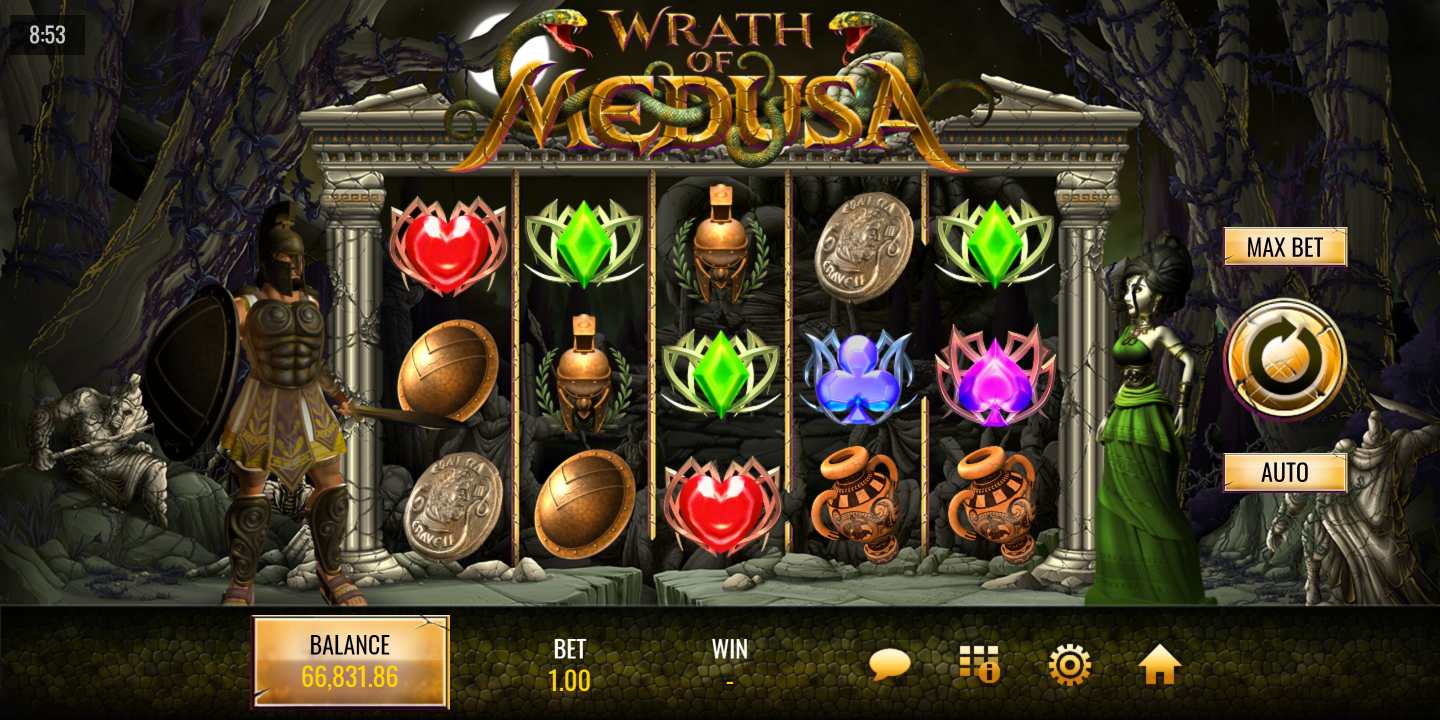 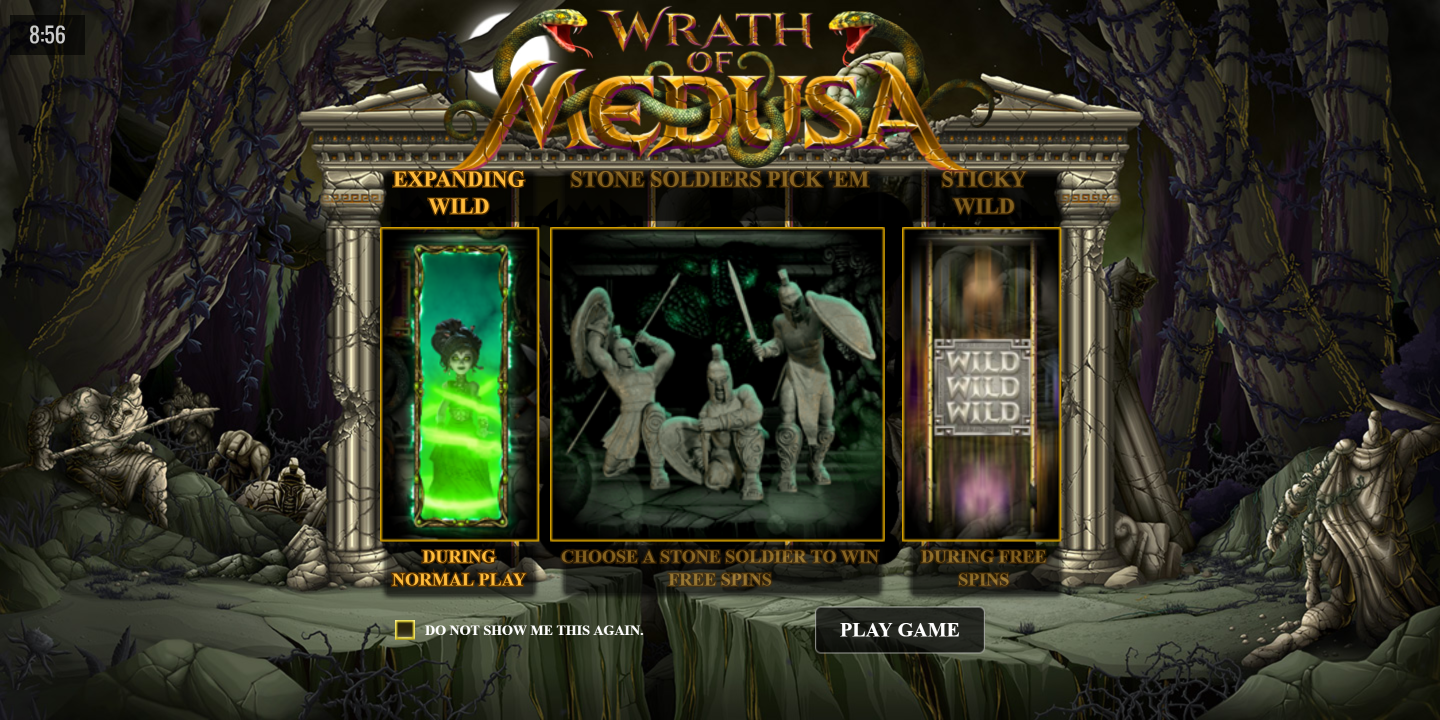 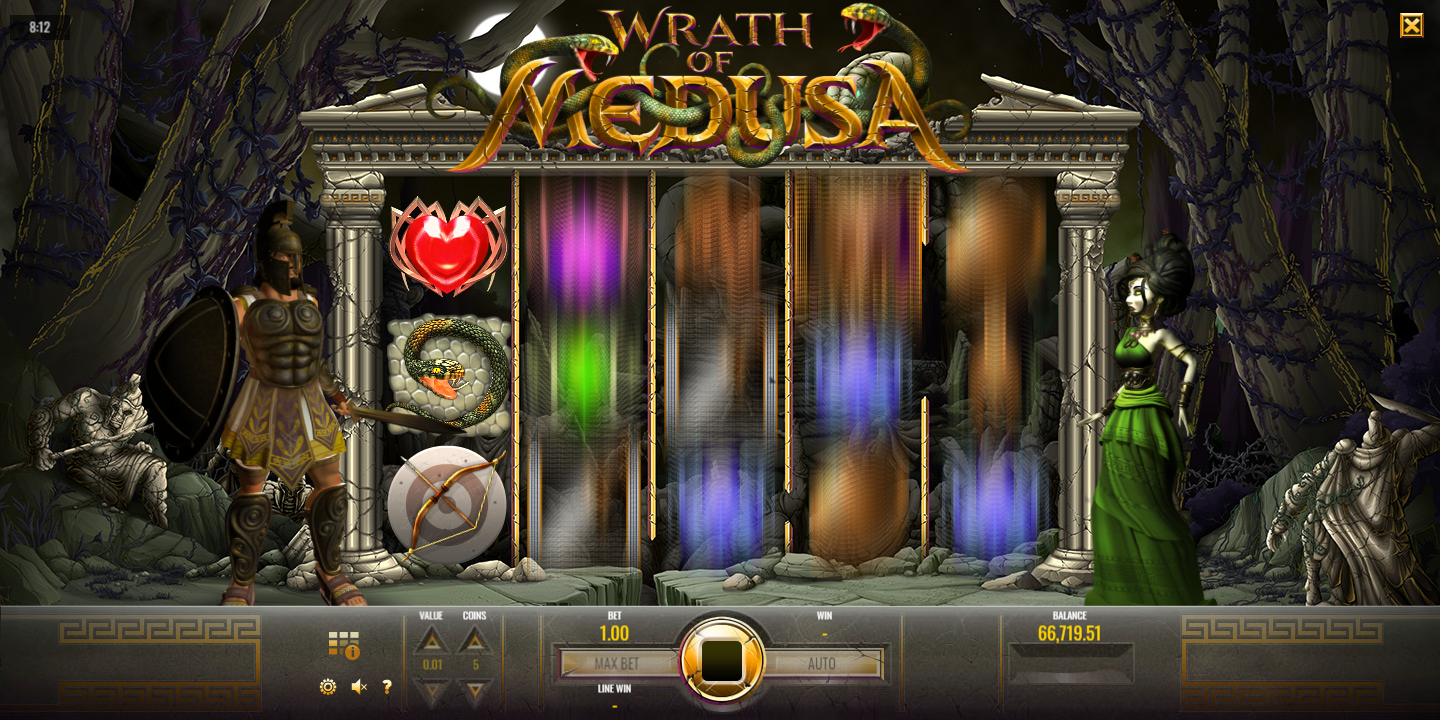 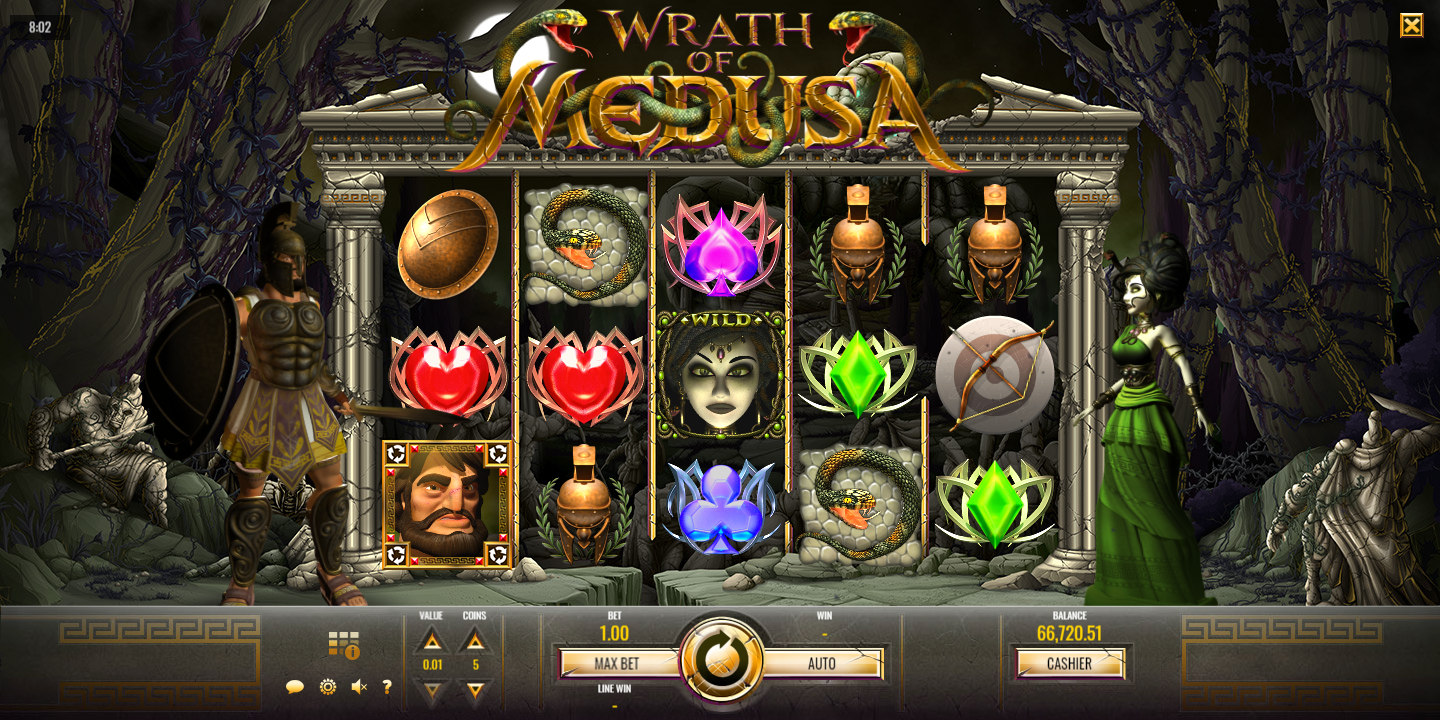 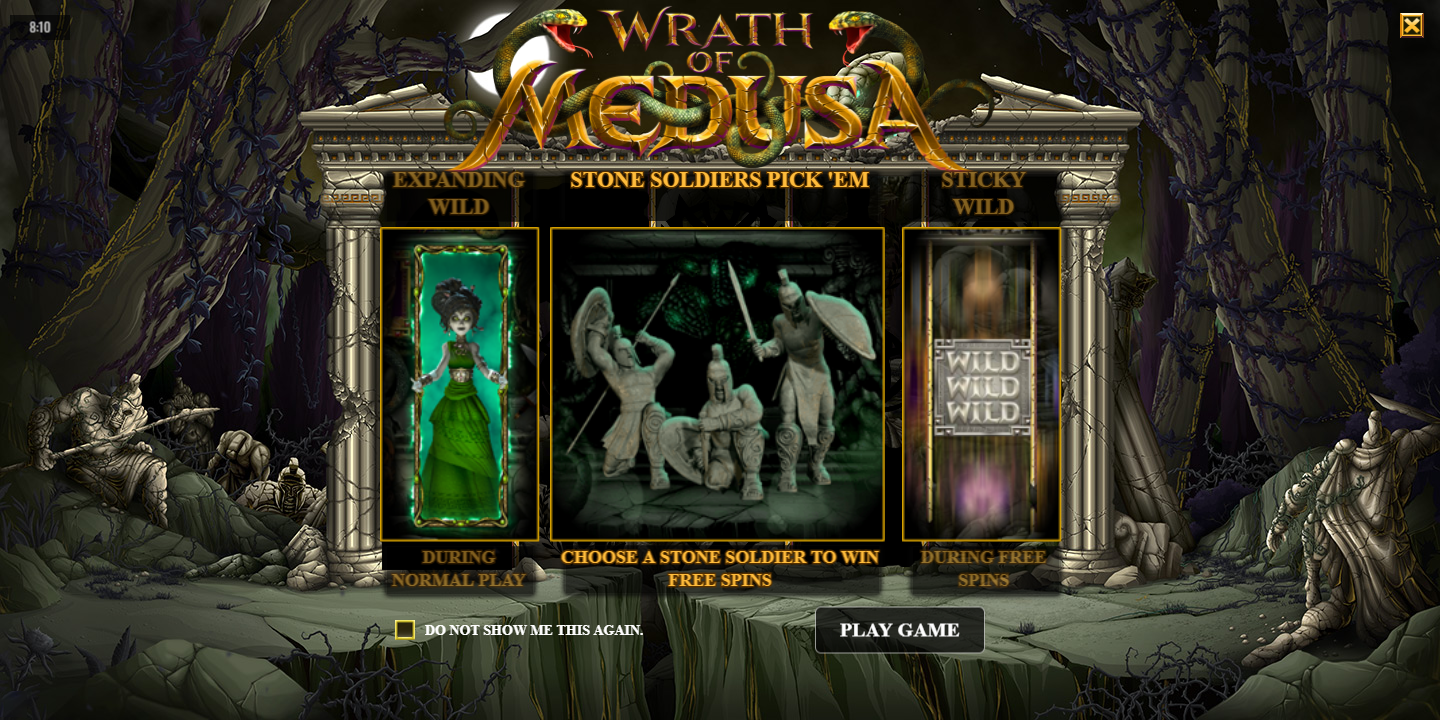 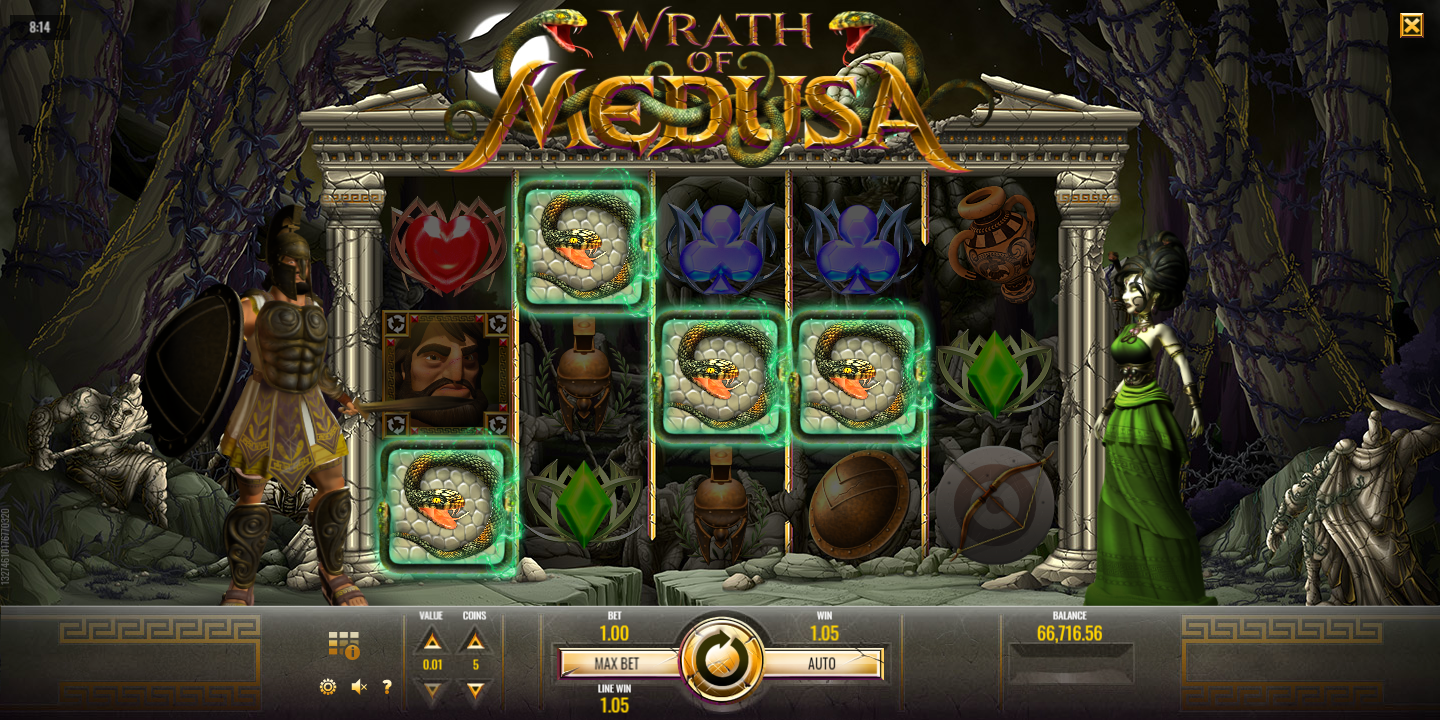 4 out of 5 stars.
Log in to rate the game
On an island at the edge of the known world, the Gorgon Medusa lurks in solitude in her barren wasteland. She's surrounded by the crumbling stone statues of fearless but foolish adventurers who have come to seize her treasure. Only one warrior has a chance, the brave and clever Perseus. Armed with his shield and sword join him as he enters Medusa's lair for an epic battle for her treasure!

Wrath of Medusa is the first RIVAL ALIVE game. Creating an immersive atmosphere that transports the player through different environments beginning with a crumbling stone temple and ending up deep within the bowels of Medusa's lair for the bonus round.

Icons include Medusa's treasured coins and jewels, Perseus's tools of his trade, shield, sword,helmet and dagger, also there is a temple pot, a hissing serpent, a bow and arrow, a stone soldier wild and Medusa herself as the expanding wild!

In the Wrath bonus round the Perseus scatter symbol can trigger the Stone Soldiers Pick 'em game which awards free spins!

Polish your shield and draw your sword and get ready to venture into the world of myth and legend with Wrath of Medusa.
Log in and review this game
Share your thoughts with other players