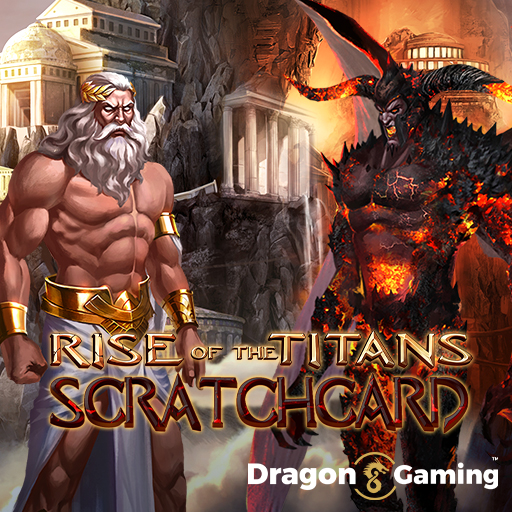 Rise of the Titans Scratchcard

Scratch your way to the gods by trying your luck on Rise of the Titans Scratchcard, an innovative scratchcard game inspired by the video slot of the same name. Win up to 650x your stake and get a free spin round where you get ten extra plays and a chance to extend your winnings with multipliers up to 10x.

Rise of the Titans Scratchcard has a 3×3 layout and eight different symbols. The goal is to match three identical symbols anywhere on the card. Each symbol pays the original bet plus the corresponding multiplier. There is a possibility to match two or even three sets of three symbols, in which case the winnings will be added together.

The scatter symbol needs to appear three times during a single play to award ten free spins. The ten free spins will be played at the original stake, and once the round is over, there will be a Wheel of Fortune-style mini-game, guaranteeing a multiplier of between 2x and 10x. The free spins can not be retriggered.
Log in and review this game
Share your thoughts with other players