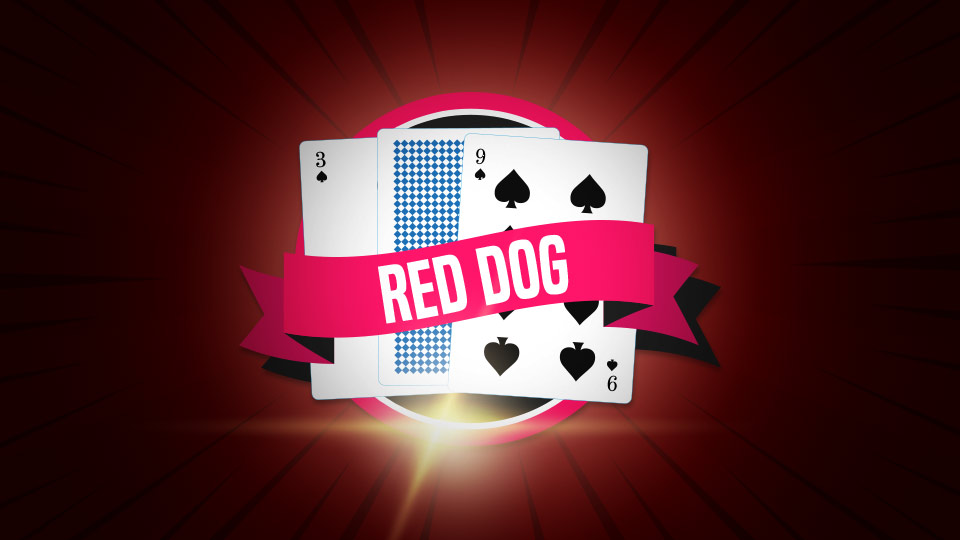 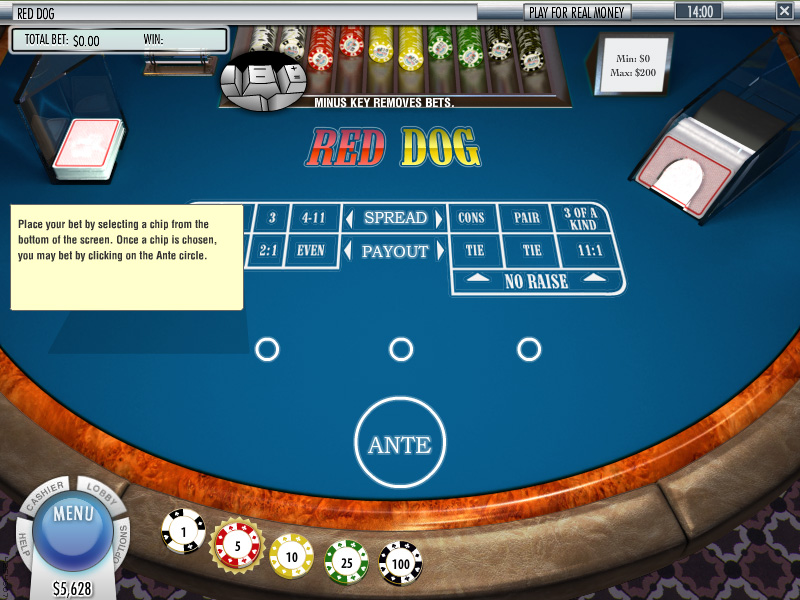 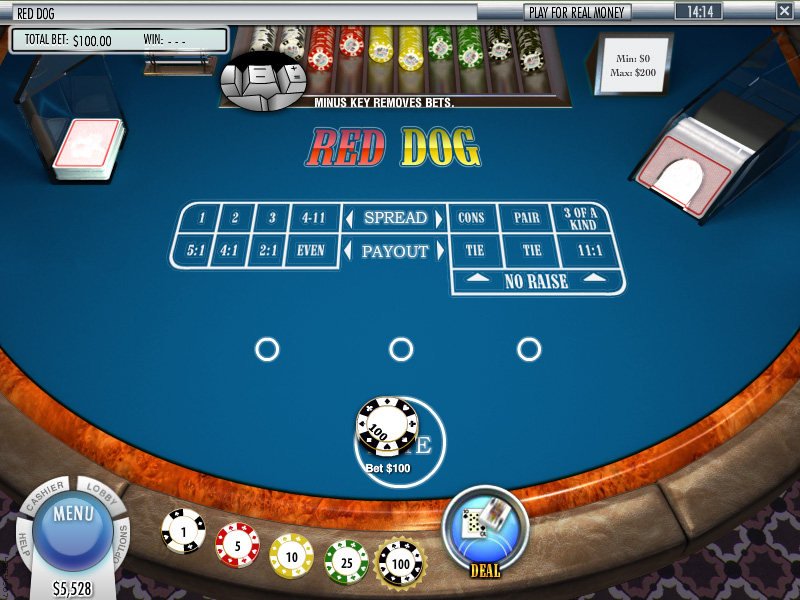 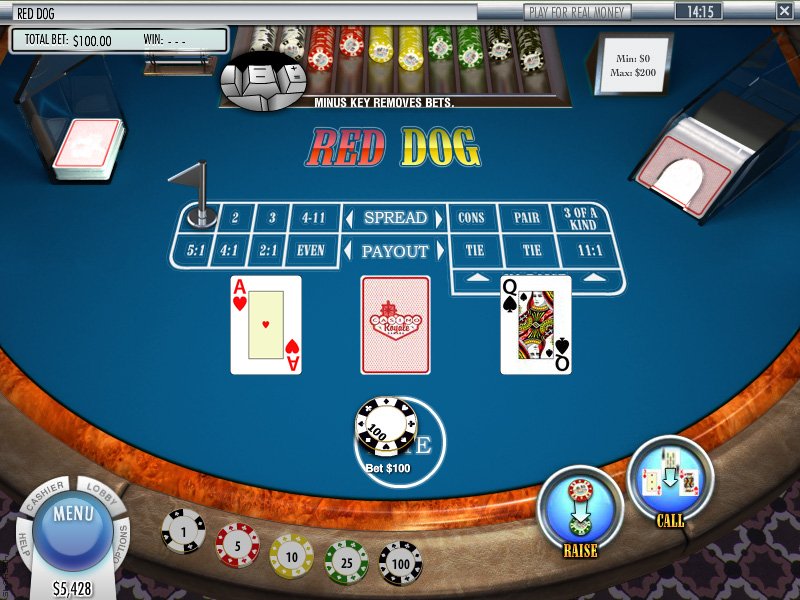 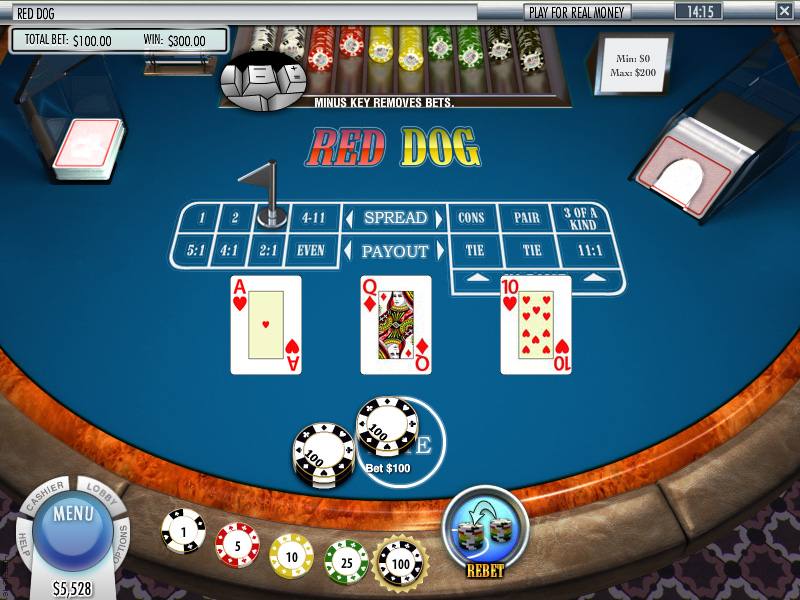 4.3 out of 5 stars.
Log in to rate the game
Red Dog is a card game of chance similar to acey-deucey or in-between. It is becoming increasingly harder to find in land based Casinos because of it's waning popularity, but has rapidly discovered new life with the advent of Online Casinos. Red Dog is oddly also the name of other card-based games that are completely unrelated to this particular set of rules.

The objective of Red Dog is to wager on the likelihood that the rank of a third card is going to fall between the first two. If it does fall between, the Player wins. Number cards count as their face value, Jack is 11, Queen is 12, King is 13 and Ace is 14. The suit is irrelevant. It is played with a single standard 52 deck of cards that are shuffled between each game.